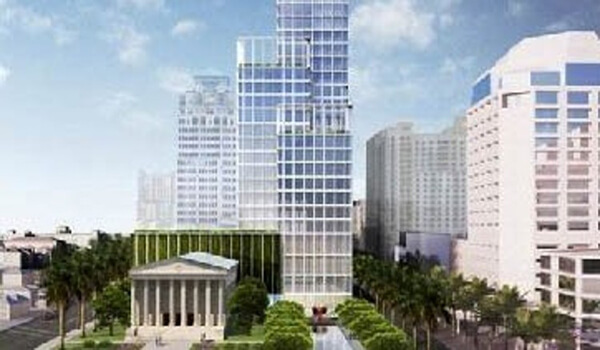 After 18 months of public hearings, debate, study and a September vote supposedly killing the proposal, the city commission Monday night gave its final approval to create the Okeechobee Business District.

The City Commission ignored all the overriding concerns that the plan to incentivize office construction would paralyze downtown traffic and allow a 25-story luxury tower in a waterfront area that West Palm Beach voters had limited to five stories.

The commission voted unanimously to designate the busy section of Okeechobee Boulevard from CityPlace to Flagler Drive as a district with rules that encourage office and hotel construction.

Despite urging from the Florida Department of Transportation, Palm Beach and Palm Beach County, that the city wait for a state study to evaluate the zoning change’s potential traffic impact, the commission went forward at Mayor Jeri Muoio’s urging, arguing that the plan — by limiting development on the downtown Tent Site — would actually reduce what could be built in that area under current rules.