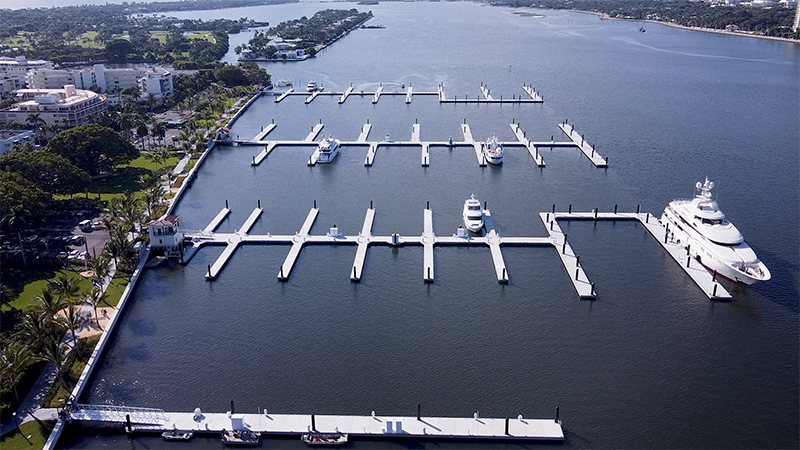 A freshly renovated Town Marina and redesigned Lake Drive Park were quietly reopened to the public on Monday – 18 months after closing for construction.

With this $38 million renovation, Palm Beach’s marina can now accommodate the market demand for floating docks, wider and deeper slips for superyachts and upgraded electrical service – amenities also provided by competing marinas in the area.

Security and lighting have been upgraded and parking is expanded. Three new Mediterranean-style amenity buildings offer showers and a lounge.

On a slightly cool but sunny fall morning, the EBITDA was the first boat to glide into the new Marina at 6:15 a.m. Within a few hours, there were five vessels tied to the marina’s new floating docks. Towering above them all: the 202-foot superyacht Lady Kathryn V.

“It’s amazing that Nov. 1 is here and we have boats coming in,” Dock Master Mike Horn said. “They love the floating docks. Everyone is pleased so far.”

As of Thursday morning, 19 of the marina’s 84 slips were filled, with more boats expected later in the day, Assistant Town Manager Carolyn Stone said.

“We were losing long-term leases over the electrical service,” Horn said.

Previously, only one slip in the marina could accommodate a 200-foot yacht. Now there are 10 that can handle boats that size. The largest, a T-head at the Australian Dock, can hold a superyacht up to 294 feet, Horn said.

The new marina will have four full-time employees and two contract workers to deliver a higher level of customer service. Previously, Horn was the only full-time employee on a marina staff of three. There will now be after-hours security on site.

Freshly planted coconut palms flank the Lake Trail as it extends through the park beside the marina and rebuilt seawall, which is 2.5 feet taller to better defend against sea level rise.

“It’s beautiful,” said one lady cruising along the Lake Trail on her bicycle.

Neighborhood resident Barbara Chapman was strolling on a walking path with her Havanese Milly, enjoying the butterfly-friendly tropical milkweed and other fresh native greenery.

“It’s really pretty,” she said. “I just love the plantings and the simplicity.”

Water fountains are now available to quench the thirst of people and canine companions like Milly.

Landscape designer Keith Williams’ pro bono redesign of the park preserved the open green space and towering old banyan trees that shade its east side. Williams is a partner and vice president with Nievera Williams Design.

Scott Snyder, fundraiser, interior designer and resident, has pledged to raise at least $3 million toward the cost of the park makeover, which falls within the overall $38 million project budget.

The town will hold a formal ceremony celebrating the new marina and park beside the Brazilian docks at 4 p.m. on Dec. 9. By then, new seating benches and a few other finishing touches will have been added, Deputy Town Manager Jay Boodheshwar said.

Town officials had been talking for more than a decade about upgrading the marina before the Town Council finally approved a plan and construction began in May 2020.

Besides its importance as a center of recreation, the marina provides a reliable source of revenue for the town. Annual revenue from the operation is expected to triple, reaching around $12 million in five years, according to Stone.

Boodheshwar said the town finally has a marina worthy of Palm Beach. 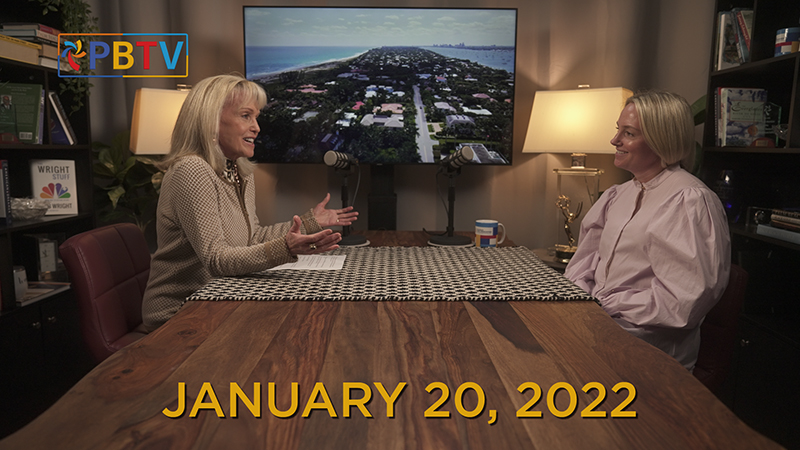