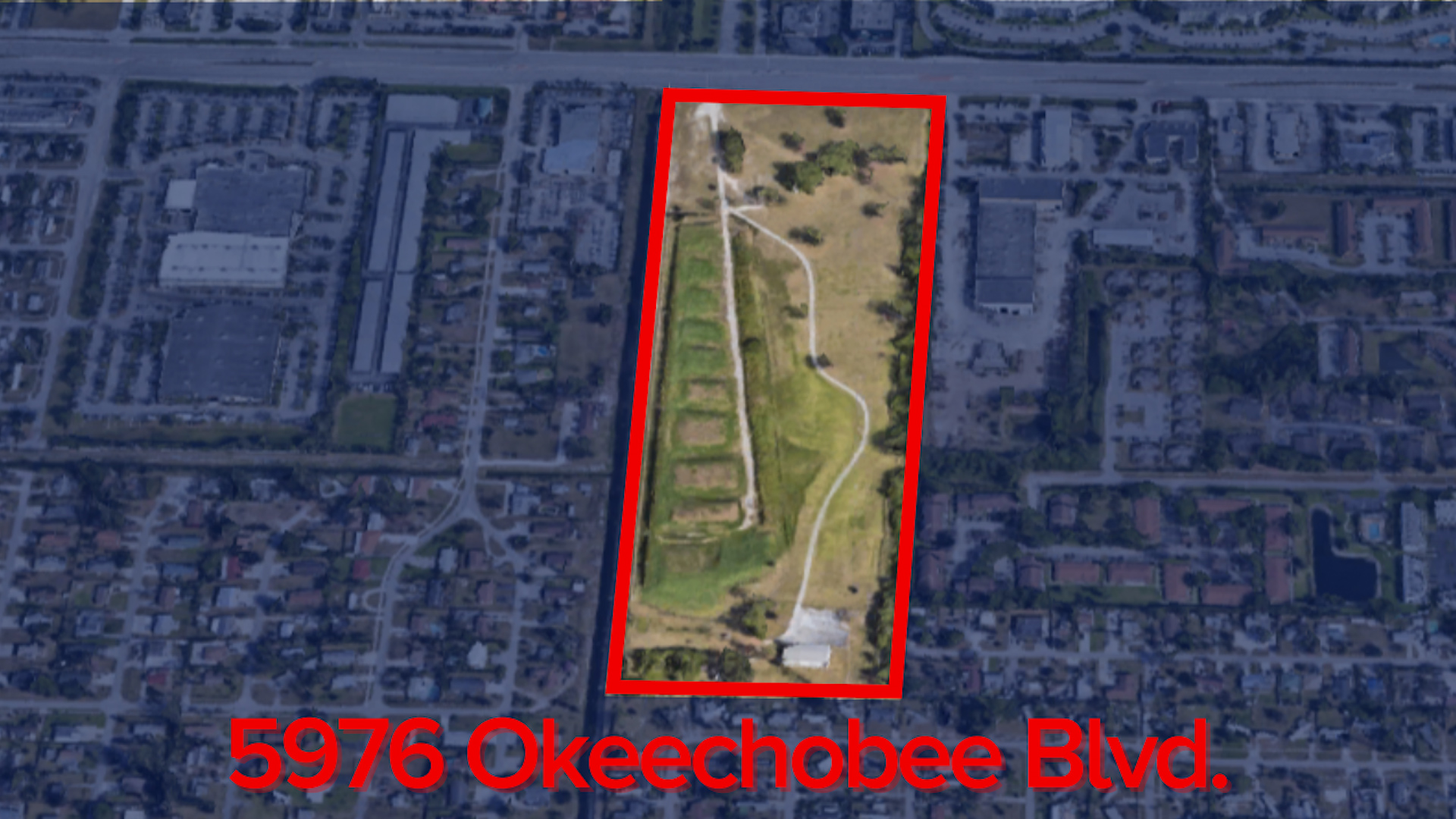 A potentially lucrative land-use deal will be back before the Town Council on Tuesday after stalling over the last two years after tests found soil contamination at the town-owned site.

The Town Council is being asked by Town Manager Kirk Blouin to approve a modified 50-year lease with a residential developer for a town-owned site at 5976 Okeechobee Blvd. in unincorporated Palm Beach County.

The developer, AHS, proposed to build rental apartments on the 28-acre undeveloped site, which is zoned for multi-family high density use.

The property, west of Military Trail and near an entrance to Florida’s Turnpike, had an appraisal value of about $15 million, the town said in 2019.

Blouin said in 2019, when the deal was announced, that it should generate up to $74 million in revenue to the town over 50 years.

He said Friday the financial terms for the amended lease are the same as when the council originally approved the original agreement in October 2019. He said the amended agreement, with a new timeline, was necessary after an environmental analysis confirmed the existence of contaminants in the soil.

The cost of the cleanup, estimated at $3 million to $9 million, will be borne entirely by the developer, Blouin said.

In return, the town will cooperate with AHYS on an application for a brownfield designation under the authority of the Environmental Protection Agency, Blouin said. The designation provides tax credits as an incentive to rehabilitate environmentally compromised areas for future use.

“We came to a deal that is fair and equitable for both sides,” Blouin said. “They will indemnify us from all liability.”

For years, the town used part of the site as a vegetative debris landfill. The rear of the property has been the site of a Fraternal Order of Police building with a gun target range, Councilwoman Bobbie Lindsay said.

“We knew there would be something there, we just didn’t know what or how much,” he said. “We signed the deal knowing there would be due diligence on their end. They hired firms to test the soil. It came back with some contamination that needs remediation. They had to cost that out on their end.”

The agreement gives AHS until June 2022 to submit an environmental “remedial action plan” to the town and to the Florida Department of Environmental Protection.

The lease is for 50 years beyond the date of occupancy with the possibility of a 10-year extension. Depending on the appraisal value of the property in the future, it will pump between $65 million and $74 million into town coffers over 50 years, Blouin has said. Rent would start at $867,618 the first year and climb to nearly $2 million 50 years later.

The agreement is a “ground lease,” meaning the tenant can develop the site but land improvements go to the owner at the end of the lease period. During the lease period, the town does not have to pay for maintenance or insurance.

“You’ve got a revenue stream that just goes up over time,” she said. “It’s far superior to selling something. It’s the gift that keeps on giving to the taxpayers.”

AHS has more than 1,200 units under its management in Miami-Dade, Broward and Palm Beach counties, including the Village at Mangonia Lake Apartments in West Palm Beach, where a one-bedroom, one-bath apartment lists at $1,900 a month.

The town was represented in lease negotiations by Janis K. Cheezem of the Miami-based Akerman law firm.

Both sides can terminate the agreement if land-use approvals aren’t granted by Palm Beach County.

After rejecting offers from would-be buyers, the council decided in 2017 to entertain offers for a ground lease, for up to 99 years, to generate a long-term revenue stream while retaining ownership.

Ground leases typically appeal to tenants in cases where the property value is high and tenants prefer to invest money in developing the property instead of buying it, Lindsay said.

Tuesday’s council meeting begins at 9:30 a.m. and will be virtual. Public participation will be through a Zoom link available on the town’s website.