We Salute the Life of Bill Finneran 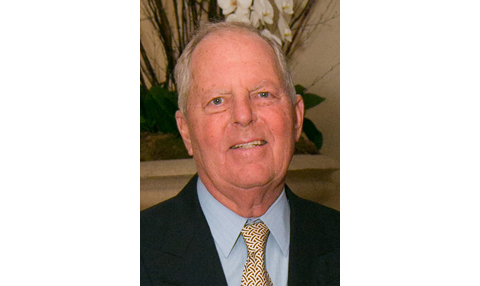 It is with heavy hearts that we honor the passing of Palm Beach Civic Association Director, Bill Finneran. He passed away Tuesday, November 12, 2019.

A Villanova alum, and member of the University’s Board of Directors, Finneran’s career led to the founding of EXOP Capitol LLC. Prior to that, he was Managing Director of Wachovia Securities, which followed his 30 years with CIBC Oppenheimer Corp., an investment banking and securities brokerage in New York City.

Though his career achievements were many, his heart was in his charitable work. Civic Association Chairman and CEO Bob Wright recalls his efforts to save a struggling South Florida Catholic School: “His biggest charity was the Sacred Heart School in Lake Worth. The diverse  school was about to close, and Bill Finneran rescued it. Over the past ten years, he worked very hard and gave a lot of money to bring Sacred Heart back to life.”

Other of his philanthropic efforts include serving as vice chairman of the Partnership for Inner-City Education of the Archdiocese of New York, a member of the MD Anderson Board of Visitors, a board member of the Ireland-U.S. Council, and as a Director of the Palm Beach Civic Association.

A huge Villanova basketball supporter, Finneran’s generosity to the Men’s and Women’s basketball programs led to the renaming of the sports facility, as the William B. Finneran Pavilion.

“I will always remember with great joy witnessing Bill Finneran leading the Villanova Men’s Basketball Team and band on the River Walk Parade, well into the evening in San Antonio, when Villanova won the NCAA National Championship in 2018. Bill celebrated the joys of life and giving back to others in so many wonderful ways, his philanthropy to many communities and organizations will be dearly missed. The Palm Beach Civic Association expresses our deepest sympathy to the family and friends of Bill Finneran,” Mary Robosson, President, Palm Beach Civic Association.

Bill Finneran was a family man, a religious man, a businessman and a powerful force in the world of charitable giving. In the words of Bob Wright, “I am really personally saddened by the loss of my friend, Bill.”