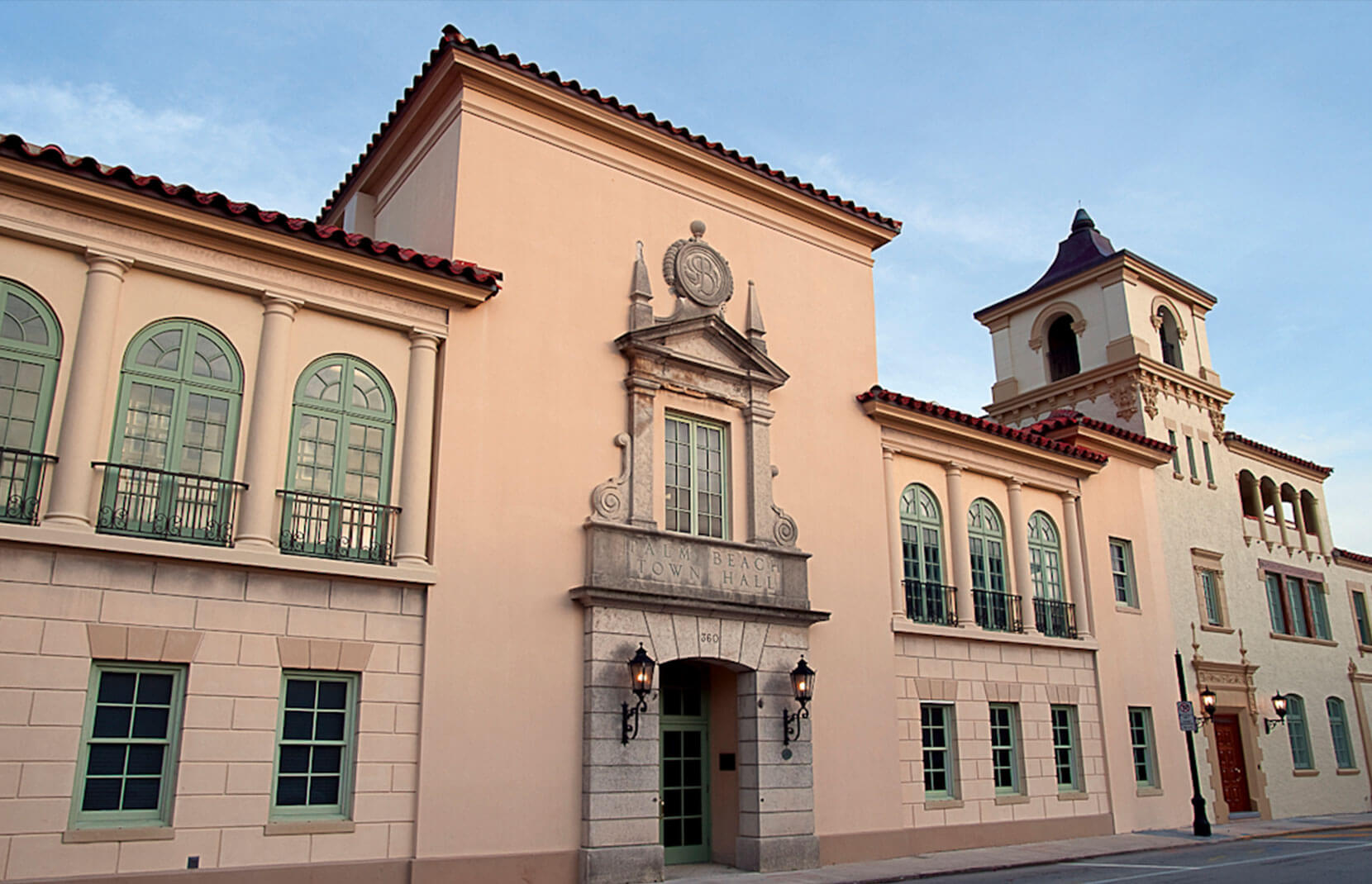 At the beginning of the meeting, John Cregan of the Palm Beach Civic Association and Harry Wolin of the Citizens’ Association of Palm Beach presented a $3,000 scholarship to Jaquan Starling.

Mr. Starling, a graduating senior from Palm Beach Gardens High School, will be attending Florida International University in the fall majoring in mechanical engineering. In attendance was his mother LaTreshia Henry and his godmother Khia Chandler.

Steve Stern, project manager of town-wide undergrounding, updated the council on the progress of the $105 million project.
Monthly coffee meeting updates are cancelled in July and will resume on Aug. 3 and 6 for the south and north respectively.
Phase 1 north: the horizontal drilling is complete on N. Ocean Blvd., north of Indian Road and on the entire East Inlet Drive loop.

The project reached a milestone in April by having all the main line horizontal directional drilling completed, as well as the AT&T and Comcast service conduits installed. The final work on Onondaga and Laurie Lane has begun and should be completed by the end of June.

Phase 1 south: The conduit installation by AT&T and Comcast will be completed by mid-June. All of the new FPL main line conduit has been installed. Street lights and hand hole boxes have been installed. New electrical cables are 97 percent complete south of Lake Avenue and cable installation is in progress north to Sloan’s Curve.

Phase 2 north design is on schedule and the guaranteed maximum price is on target and will be presented to Town Council in August.

Phase 2 south design is one month delayed and will be presented in September.

FPL credits are estimated to be between $3 and $4 million, Mr. Stern said. Town staff has a meeting scheduled with Comcast next week and is still trying to set up a similar meeting with AT&T.

Update on the Recreation Center

The cash contributions and quality pledges received from the Friends of Recreation, Inc., up to $5 million, will serve as a match to the challenge grant from the Morton and Barbara Mandel Family Foundation.

Michael Ainslie, vice-chairman of the Friends of Recreation, Inc., said they have already received 60 percent of the fundraising – a little under $2.6 million. He also said Northern Trust has pledged 100 percent financing and will avoid paying interest payments until near the end of the project, he said. Of the 95 families who have funded the project so far, only 25 have made pledges, he said.

The council voted unanimously to authorize staff to obtain a federal permit from the U.S. Army Corps of Engineers for the Groin Rehabilitation project. That permit will be good for 10 years.

Coastal Program Manager Rob Weber told the council that the beaches are in great shape.

“There’s a lot of stability to the beaches and, in most cases, we’re seeing them grow and improve,” he said.

Since the nor’easter in March, there’s been some shoaling in the inlet, he said. The U.S. Army Corps of Engineers will be doing a temporary dredging in the near shore off Reach One and Reach Two in the next week. It will only be about 16,000 cubic yards.

Because of the sea turtle nests, the sand can’t go on the beach. There are about 1200 turtle nests along the entire beach, he said.
Comprehensive Compensation and Benefits Study

Human Resources Director Danielle Olson presented a draft of criteria that would be used to hire a consultant to perform a Total Compensation Study for town employees.

Ms. Zeidman said she wants to see the overall data and let the council make the final decision on what they should do.
Ms. Lindsay agreed.

“Far more important than getting the data is analysis of the data and what the implications are for our salary structure and pension obligations going forward,” Mr. Crampton said.

During the citizen’s comment portion of the meeting, Pat Cooper spoke on behalf of the Palm Beach Civic Association. He said the Civic Association would support a Total Compensation Study with an independent party to find out where the town is in terms of comparative employee compensation.

The council directed staff to rework the Request for Proposal and bring it back next month.