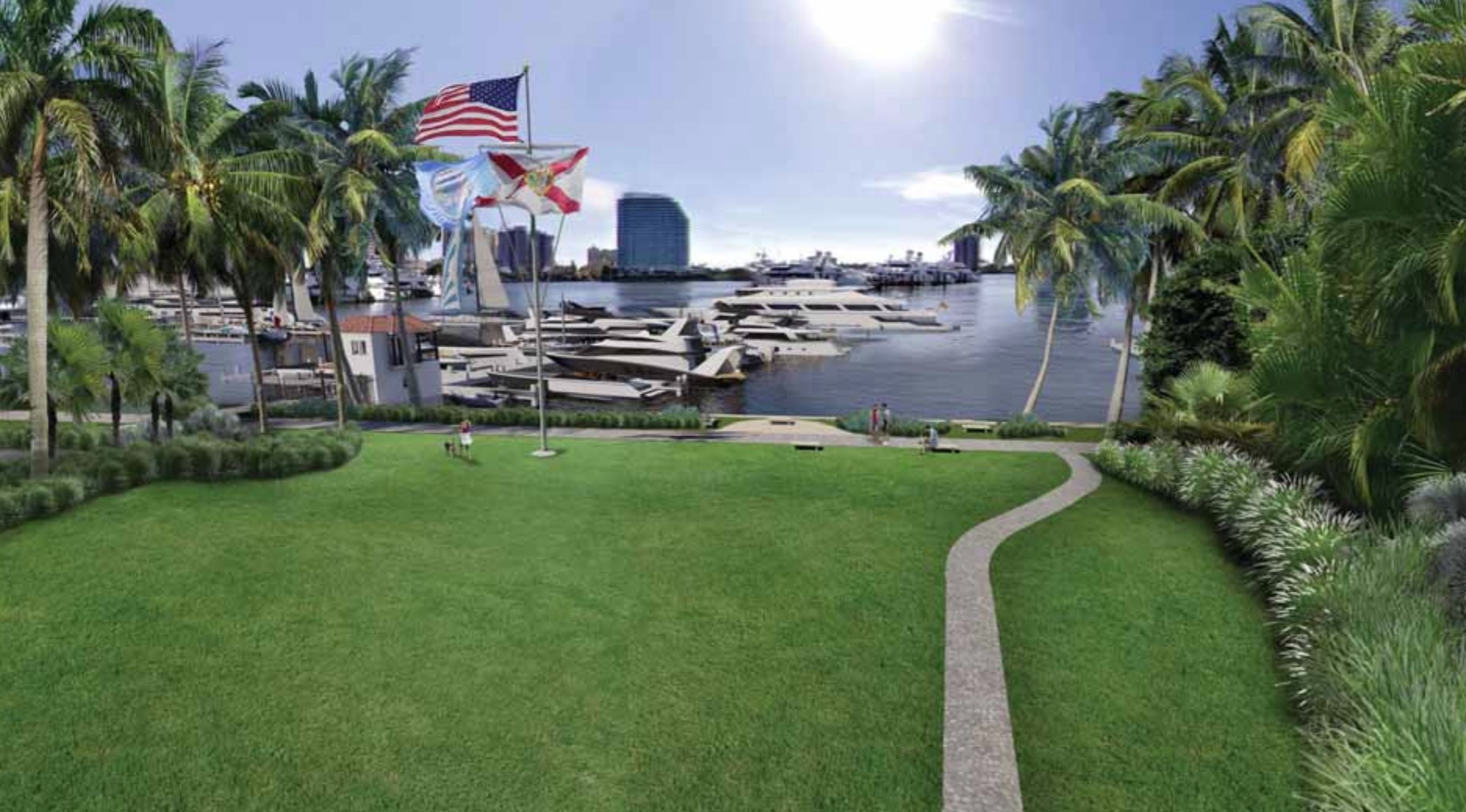 The Town Council approved on Wednesday a redesign for Lake Drive Park with a price tag of $4.6 million.

The plan calls for standard pavers instead of more expensive permeable pavers in new 4-foot-wide paths that will wind through the park, linking the Lake Trail recreational path with Lake Drive.

Standard pavers also will be used in resurfacing the 10-foot-wide section of the Lake Trail that runs through the park.

The plan also calls for resurfacing the adjacent Town Marina parking lots with asphalt instead of pavers.

Some landscape changes were also made, along with the decision to use gravel instead of mulch around trees.

The location of a new dumpster/compactor was approved at the south side of the entrance to the Australian Avenue parking lot.

Keith Williams, of the Nievera Williams landscape architectural firm, did the park redesign free of charge, based on input from the council members and Landmarks Preservation Commission.

Other features within Williams’ redesign include a flagpole at the north end of the park, two dog fountains, and stone and wooden benches.

Public Works Director Paul Brazil said the switch to standard pavers on the Lake Trail and new paths, and decision to use asphalt instead of pavers in the parking lots, along with some reduction in the landscape screening of utility equipment, will trim the cost by about $1.4 million, to $4.6 million, Brazil said.

Apart from those changes, Brazil said, the park renovation will follow the redesign plan crafted by Williams.

Both types of pavers are concrete. Permeable pavers have base material underneath that absorbs stormwater. The ordinary pavers don’t, but are sloped so the water runs off onto the adjacent grass. Either way, the water drains into the groundwater table, Brazil said.

Brazil said permeable pavers are more environmentally friendly in areas that are without grass for natural drainage. But that isn’t the case at Lake Drive Park, where green space is abundant.

“We will have grass on both sides of the pathways,” Brazil said. “With permeable pavers, we would spend additional money and the stormwater would go into exactly the same place.”

Councilwoman Bobbie Lindsay asked if there would be a difference in aesthetics.
No, Brazil responded. “The difference is [in the drainage material] beneath it. You don’t see the difference.”

Brazil pointed out that the Lake Trail is currently an impermeable surface, and that the existing marina parking lots are asphalt.

Scott Snyder, a fundraiser, interior designer and resident, has pledged to raise $2.5 million in donations toward the cost.

Following the advice of Finance Director Jane Le Clainche, the council decided to draw the $978,764 from the general fund’s undesignated reserves, which stand at $29 million.

Based on Le Clainche’s advice, the council decided to draw the $1,133,500 from the reserve fund of the Town Marina, which is being rebuilt. The marina is adjacent to the park, which is used by its customers and by neighborhood residents.

Le Clainche said the marina reconstruction, the bulk of which is being paid for through revenue bonds, is “overfunded.” The Florida Inland Navigation District awarded the town a $4,325,000 grant toward construction, and the marina had about $5 million in reserves going into the project, she said.

Deputy Town Manager Jay Boodheshwar said he met with Snyder last week about progress toward the $2.5 million fundraising goal.
“Staff has been working with Scott and his team,” Boodheshwar said. “He has been anxiously awaiting this final [$4.6 million] cost.”

The park redesign is on track for completion in time for the reopening of the marina in November, Brazil said.

The old marina closed in May 2020 for a $38 million top-to-bottom upgrade that will include floating docks and slips that can accommodate larger boats.

Councilwoman Julie Araskog questioned the wisdom of spending roughly $2 million in town money, including from general fund reserves, on what she said is essentially a neighborhood park.

“I have a hard time spending this kind of money when we need to do code reform and other things,” she said. “I’m torn.”

But Councilwoman Bobbie Lindsay said the park, immediately south of the Royal Park (middle) Bridge entrance into town, and next to what will soon be a first-class marina, “should be iconic.”

There’ve been no aesthetic improvements to the popular, landmarked park for a long time, she said.

“This is probably the most used park by our residents,” Lindsay said.