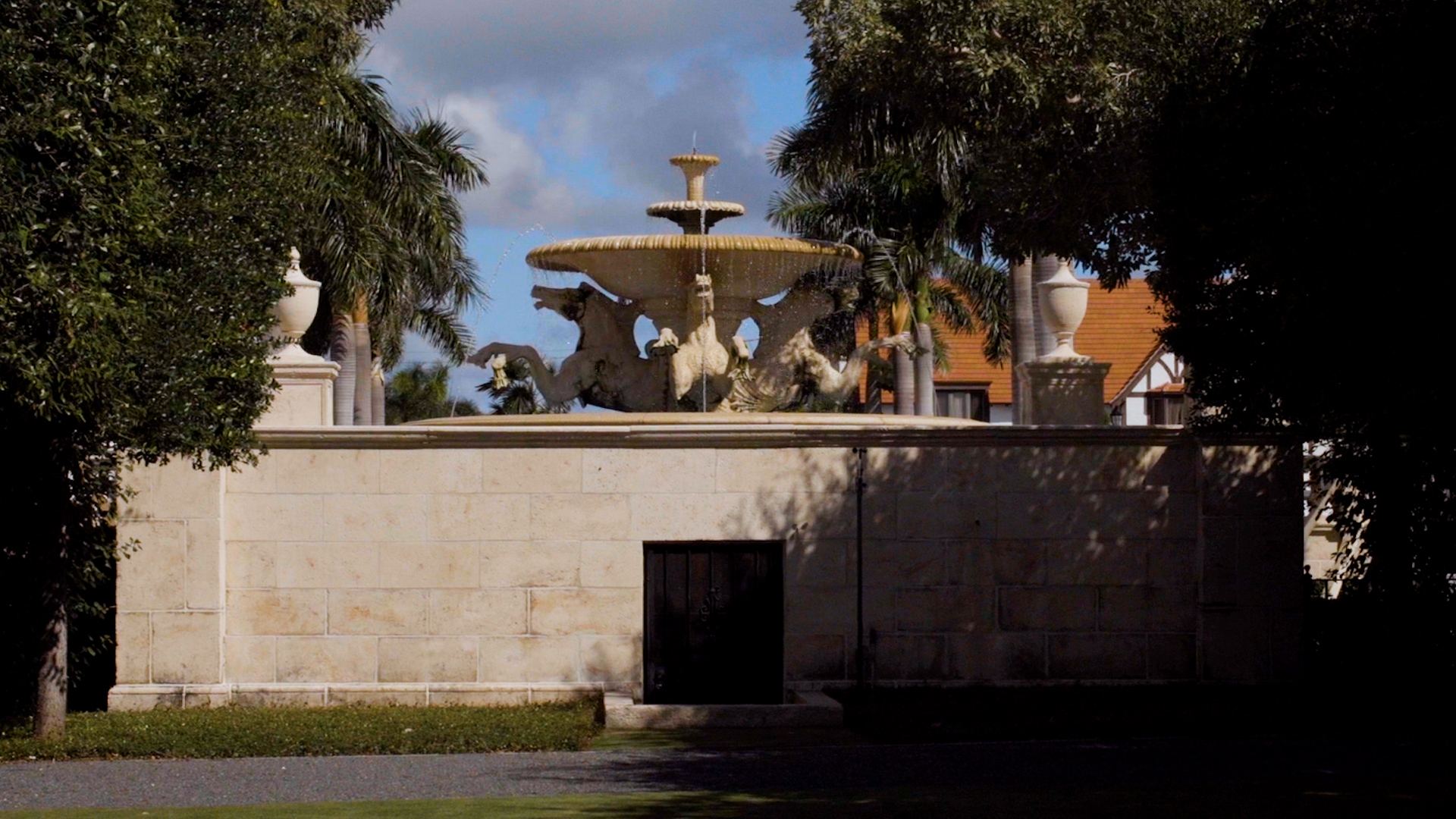 The Florida Division of Historical Resources has dropped its opposition to the proposed addition of stairs to the rear wall of the historic Addison Mizner Memorial Fountain.

The decision clears the way for the town to add the stairs without having to repay any of $700,000 in two state historic preservation grant funds awarded to it by the state Division of Historical Resources.

The grants, $350,000 each, were awarded in 2014 and 2015 to help pay for the restoration of the fountain and Memorial Fountain Park, where the fountain is located. The grants came with restrictive covenants that don’t expire until 2024 and 2025.

The state’s decision to drop the objection follows an appeal that the town made in 2019 after the council voted in favor of adding the staircase.

The reversal in the state’s position revived at Tuesday’s Town Council meeting longstanding debate over the wisdom of adding a staircase. Opponents say the addition would blemish the integrity of Mizner’s original design. Proponents counter that the stairs are needed to unify the fountain, which is elevated about 7 feet above ground level, with adjacent green space that didn’t exist when Memorial Fountain Park and the fountain were built in 1929.

The council deferred further discussion until this fall, when seasonal residents will have returned to town and can contribute their opinions.

In an April 16 letter to the town, Dr. Timothy Parsons, director of the state Division of Historical Resources and the state historic preservation officer, said his office no longer objects to the staircase.

“While it is preferable to keep the original, historic fabric and the Mizner design intact, further discussions with the stakeholders have stressed the importance of connectivity to the adjacent park, as well as the safety for park users,” Parsons wrote.

In April 2013 and again in May 2019, the state Division of Historical Resources opposed the staircase, which would require a 12-foot-wide, 27-inch-tall section of wall on the south side of the upper terrace of the fountain to be removed to extend the terrace onto the stairs.

“This was considered to be an adverse effect to this National Register listed resource and inconsistent with the Secretary of the Interior’s Standards for Preservation,” Parsons wrote.

But Parsons wrote that, it was conveyed to him during an April 5 “stakeholders’ meeting” between his office and the town that the area behind the fountain has changed since Memorial Park and the fountain were built in 1929.

At that time, there was a road behind the fountain used to access the fire station that occupied the north side of Town Hall. The station has since relocated. The road was removed and the pocket park that now exists between the back of the fountain and Town Hall was installed as part of the memorial park renovation and fountain restoration project connected to the town’s centennial celebration.

Bone, Sanchez and Metzger are all proponents of the staircase addition, which they said will only be visible from the back side of the fountain, where there is now a bare wall with steps leading down to a utility service entrance.

The staircase addition was part of SMI’s original design for the now-completed $7.9 million renovation of Town Square, which included the fountain restoration. But the council in 2014 stripped it out of the plan, seeking to avoid a lawsuit and court battle that could have delayed the restoration project for years.

In 2018, the council and Landmarks Preservation Commission approved the staircase addition with the condition the state be convinced to change its mind so the town would not be forced to repay the grant money. That led to the Division of Historical Resources’ 2019 letter of denial and a town appeal.

The subsequent departure of then-Zoning Director Josh Martin, and the Covid-19 pandemic, created a lull until the April 5 meeting got things rolling again, Boodheshwar said.

Bone said Tuesday that preservation must take into account the need for change.

“We no longer have the need to hide Town Hall and the fire station and we no longer have a road there,” he said. “I am part of a large group of people who think the fountain will be enhanced by these stairs.”

Jane Day, who was the town’s preservation consultant when the fountain and Memorial Park were restored, spoke against the addition.

“This is the only public park Mizner ever did,” Day said. “It’s in pristine condition. Let’s live up to our covenants … and try to get together as citizens when the time comes and try to figure out a solution.”

Cooney said he doesn’t think the stairs are necessary because there are two tabby sidewalks on both sides of the pocket park and fountain that provide pedestrian access from one to the other.

“My desire to keep the Addison Mizner Memorial Fountain intact, as Mizner designed it, remains unchanged,” he said.

“To me form follows function,” he said. “This is not a World Heritage site. This is a park connected to a fountain. If you have a way to make that whole space more unified and useable and more pleasing, I think that’s an improvement.”

When the matter comes back before council in the fall, staff will report on whether the staircase addition would create a safety hazard or trigger a requirement that the fountain be modified to comply with the Americans with Disabilities Act.