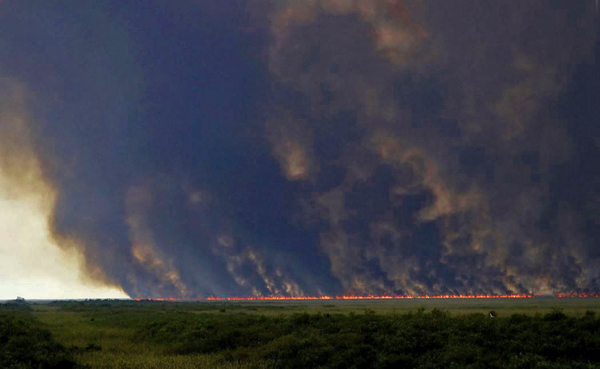 UPDATE 6-28-2019: The Sawgrass Fire in the Everglades has consumed more than 42,000 acres as of Thursday this week.  But since Wednesday, increasing ocean breezes from the northeast to the southeast at 9 mph to 14 mph have kept the smoke out of the Town of Palm Beach.  Tuesday the smoke was as thick as smog here in town.

The current weather pattern is expected to continue for the next 4 – 5 days. By then, the Florida Forest Service is hoping to have the fire fully contained.  Weather forecasts for the area are a 40% to 50% chance of rain for the next 5 days as we get back to the normal Summer weather pattern after the recent heat wave.

The fire is located eight miles west of Weston, Florida and south of I-75. Poor visibility and low air quality is impacting drivers and residents of southern Florida as smoke drifts south.

However, while the fire is keeping firefighters busy and impacting southern Florida residents, VICE News reports that fire is a healthy, natural part of the Everglades’ ecosystem.

“If marshes don’t burn they turn into forests eventually,” said Mark Clark, a wetlands specialist at the University of Florida’s Institute of Food and Agricultural Sciences, to VICE News. “And this one is within a conservation area, so it’s actually a good thing to be happening. Fire is an important component of the ecology.”

UPDATE 6-26-2019: The Florida Forest Service updated fire information after a brief but heavy rainstorm doused much of the fire in the Everglades yesterday afternoon.  The Everglades fire, now called the #SawgrassFire, grew to over 32,000 acres and is now 65% contained.

Wind switched to a 10 mph easterly breeze during the day yesterday clearing most of the smoke from the Town of Palm Beach.  However, Sahara Desert dust is now in our atmosphere causing a haze in the sky.

Temperatures are a couple of degrees lower today with highs expected around 92-93, still higher than normal. 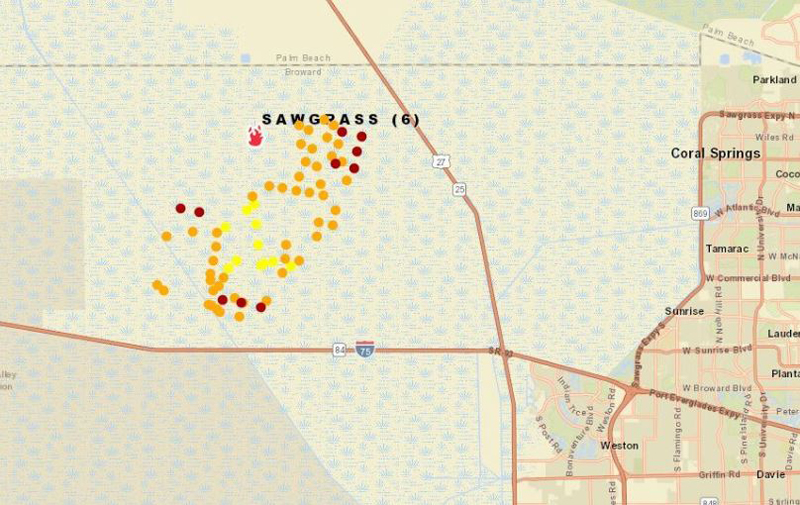 Sawgrass Fire Map in the Everglades

Smoke from a 20,000 acre Everglades fire in west Broward County has reach the Town of Palm Beach and throughout most of Palm Beach County as a heat advisory was issued from the US National Weather Service from 11:00 am to 7 pm today. The fire was caused by a lightening strike.

Temperatures today are expected to reach 95-96 degrees with a heat index of 102. Average highs for this time of year are 89.

The West Palm Beach skyline has a smog-like appearance this morning as a light 6 mph southwest wind is barely moving the air.

With only a slight chance of rain in the western communities and light ocean breezes that are not expected to turn onshore from the east until 1 or 2 pm, the smoke may not clear until late afternoon if at all. 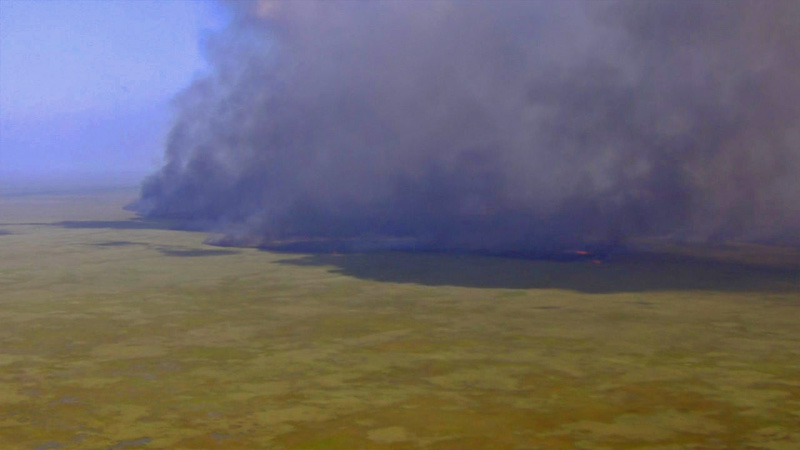 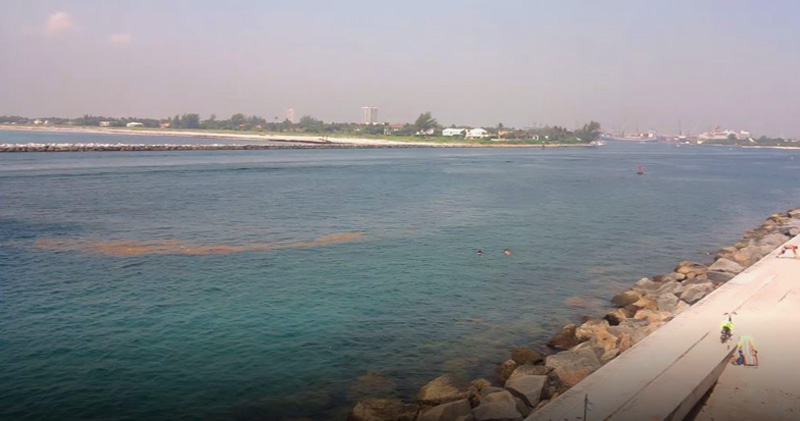