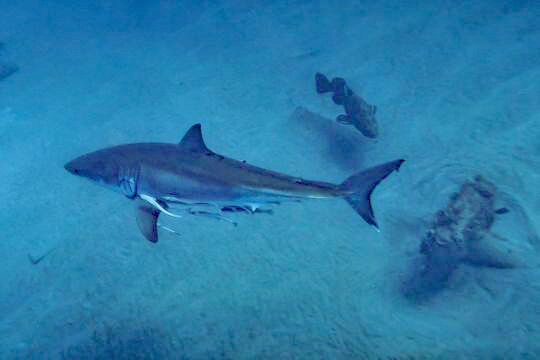 A group of free divers, including Stuart resident Tommy Allore [Photo above by Tommy Allore], swam near an 11 to 13 foot great white shark Sunday while diving in 60 to 70 feet of water off Jupiter, Florida.  They were spear fishing when the shark appeared.

The story went viral on the Internet and social media.  The photos and story gained the attention of a shark Twitter account, which said the big guy was first tagged off Cape Cod, Massachusetts, by Capt. Bill Chaprales in August 2012.  Capt. Bill named the big white Salty.

In addition to the schools of blacktip spinner sharks spotted last week just off the beach on the North End of the Town of Palm Beach, more tagged great whites have been spotted near the coast of Florida, tracked by Ocearch: 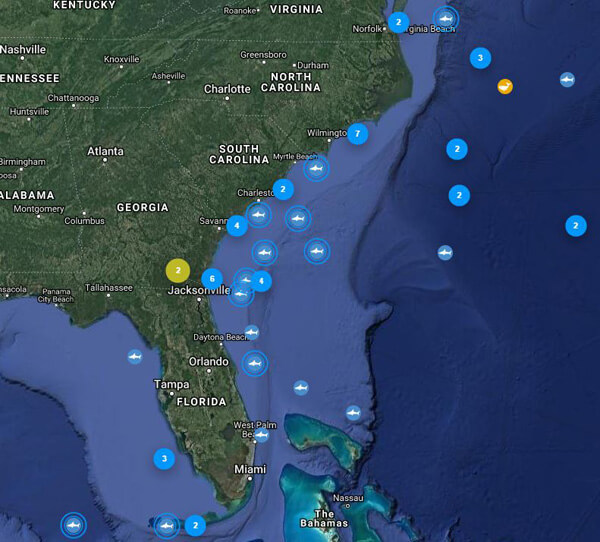