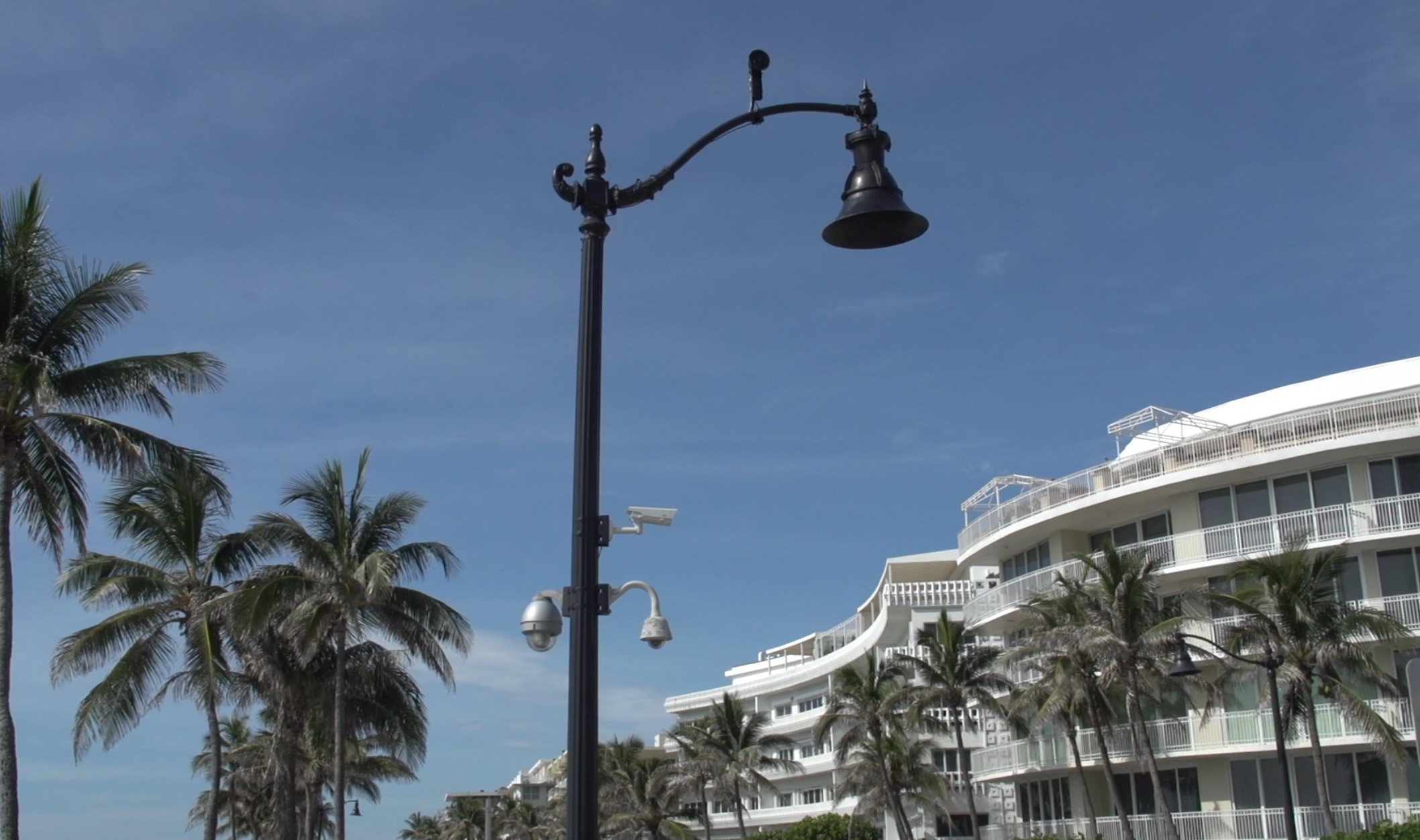 The Palm Beach Police & Fire-Rescue Foundation continued its longstanding support of the Police Department Tuesday with a $50,000 gift that will strengthen the townwide camera surveillance system.

Police Chief Nicholas Caristo expressed the department’s gratitude for the gift, which the Town Council accepted at its meeting Tuesday.

John Scarpa, chairman, CEO and co-founder of the Police & Fire-Rescue Foundation, said Wednesday the money will be used to add cameras and to replace older ones with new versions that are more technologically advanced.

Since its incorporation in 2006, the foundation has donated hundreds of thousands of dollars to upgrade the camera surveillance system, Scarpa said.

Town officials say the camera program has proven to be a vital component of the Police Department’s crime-fighting capability. “We are doing this in conjunction with the town, to update that capability,” said Scarpa, who is a member of the Palm Beach Civic Association’s Executive Committee.

Police Captain Will Rothrock said the camera surveillance program has proven highly successful at deterring and helping to solve crimes since its launch about 20 years ago.

“It’s a huge investigative tool,” Rothrock said. “We have solved many cases over the years due to the surveillance and through the License Plate Recognition System, which allows us to stop stolen or suspect vehicles before they commit a crime here.”

The foundation began as the Palm Beach Police Foundation then later expanded to include support and philanthropy for the Fire-Rescue Department.

The foundation began by providing scholarships for the children of police officers. The scholarship program has been expanded to include the children of firefighter/paramedics, lifeguards, and of civilian employees of the Police and Fire-Rescue departments, Scarpa said.

The foundation has purchased two boats for the Police Department’s Marine Patrol unit. It is assisting the Fire-Rescue Department with the replacement of a large equipment vehicle, Scarpa said.

During the Covid pandemic, the foundation provided masks and hand-cleansing solutions to the public. It also obtained vaccines for the Fire-Rescue Department and helped organize appointments for citizens who wished to be vaccinated there.

“We are always meeting with them to determine what their budgets are and what we may need to do to be helpful,” Scarpa said.