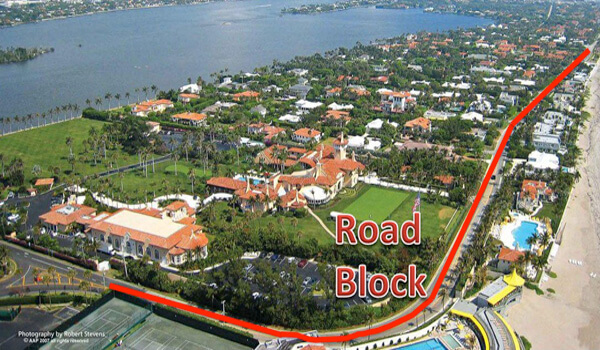 It is recommended that all household staff, landscaper maintenance companies, pool companies, etc. adjust their schedules accordingly so as not to spend an unnecessary amount of time in traffic due to the closure.
As always, motorists are strongly encouraged to refrain from cellular phone use or any other distractions while driving to assist in the movement of traffic.

As a reminder, commercial vehicles (including landscaping trucks) are prohibited from traveling east on Southern Blvd and North of the 1200 block of S. Ocean. Marine security zones will be in effect during this period.