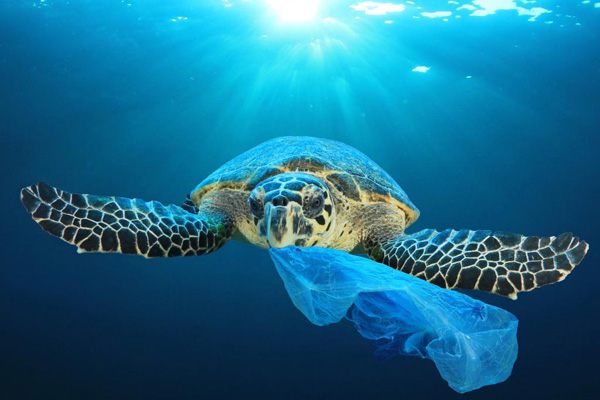 The Palm Beach Town Council passed unanimously the first reading of an ordinance that proposes a town-wide ban on fertilizers containing phosphorous and nitrogen during the rainy season – June 1 through September 30.

The council also passed the first reading of an ordinance that would prohibit single-use plastic bags and polystyrene containers town-wide.
A third ordinance that proposes a town-wide ban on the use of plastic straws and stirrers was deferred and will be sent for further study to the Ordinances Rules and Standards Committee meeting 9:30 a.m. on May 30 in Council Chambers.

Communities nationwide have adopted various bans on plastic products, including grocery bags, straws, stirrers, utensils and polystyrene containers due to the negative impacts on the environment. Plastic items take many years to decompose, causing landfills to overflow with the discarded plastic for years. Plastic bags litter our waterways and cause death to sea turtles and other marine life when they mistake the bags for food and ingest them.

These environmental issues come on the heels of Gov. Ron DeSantis’ veto last week of a legislative bill that would have prohibited local governments from banning plastic straws for the next five years.

In his veto letter, Gov. DeSantis said municipalities who prohibit plastic straws have not “frustrated any state policy” or “harmed the state’s interest.

“The state should simply allow local communities to address this issue through the political process,” Gov. DeSantis wrote. “Citizens who oppose plastic straw ordinances can seek recourse by electing people who share their views.”

If approved on second reading next month, the Palm Beach ban on use of plastic bags and polystyrene containers will take effect on Dec. 12, 2019. This will give retailers and restaurants ample time to get rid of their current supply of plastic and transition to reusable or recyclable alternatives.

The proposed blackout dates for fertilizer during rainy season is an amendment to a “Fertilizer Friendly” ordinance that was passed in January, said Councilwoman Bobbie Lindsay.

Every municipality in the county – except Boynton Beach – has enacted an amendment to incorporate the blackout dates June 1 through September 30 – for fertilizers with phosphorous and nitrogen in them, Ms. Lindsay said.

Having the blackout dates will prevent the runoff of nutrients from the fertilizer into the local waterways, helping to stop the growth of potential algae blooms. Golf course properties are exempt.

Director of Public Works Paul Brazil said the town will use slow-release fertilizer before the blackout dates, so that the fertilizer will be released over time and won’t have to applied during the prohibited time period.

The two ordinances that received first reading approval on Wednesday will come back to the council for a second reading and final approval in June.