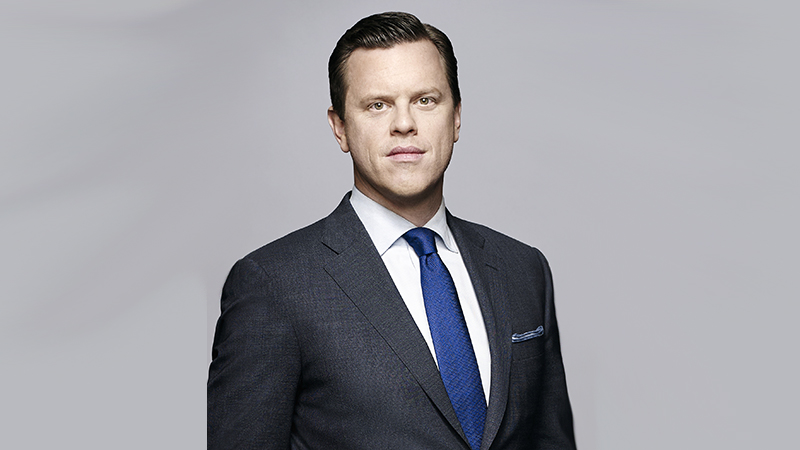 Television journalist Willie Geist, who chats with the biggest names in news and pop culture, will bring his wit and insights to Palm Beach on Feb. 28 when he headlines the Civic Association’s Annual Award Event at The Breakers.

Geist is anchor of Sunday Today with Willie Geist and fill-in anchor on both the weekday and Saturday editions of Today.

A correspondent for NBC News and NBC Sports, he has hosted NBC’s coverage of the Olympics, Macy’s Fourth of July Fireworks Spectacular and the Rockefeller Center Christmas Tree lighting.

Bob Wright, chairman and CEO of the Civic Association and a former president and CEO of NBC, said he enjoys Geist’s absorbing profile interviews with guests who have excelled in different areas of life.

“We’ve got a real star,” Wright said of Geist. “People will love to see him. He’s 100 percent authentic. He will be entertaining.”

Geist began his career as an editor and producer for CNN Sports Illustrated and as a reporter for CNN Sports, where he covered the Super Bowl, the NCAA Final Four and The Masters.

He anchored NBC’s hours-long coverage of the Orlando nightclub shooting on the morning of June 12, 2016. Geist and Sunday TODAY earned the Edward R. Murrow Award for the August 4, 2019 morning-after coverage of the mass shootings in El Paso, Texas and Dayton, Ohio.

Geist has penned two books that have appeared on the New York Times bestseller list: Good Talk, Dad, written in 2014 with his father, broadcast journalist and newspaper columnist Bill Geist, and American Freak Show: The Completely Fabricated Stories of Our New National Treasures, in 2010. A third book, Loaded! Become a Millionaire Overnight and Lose 20 Pounds in 2 Weeks or Your Money Back! was published in 2011.

An Illinois native, Geist is the son of Bill Geist and social worker Jody Geist. He is the older brother of Libby Geist Wildes, the Academy Award-winning documentary film producer of O.J.: Made in America and The Last Dance. He is also the great-grandson of former Detroit Red Wings star and Hockey Hall of Fame player Herbie Lewis.

At Ridgewood High School, the six-foot-four Geist was captain of the basketball and the football teams, the latter of which won the 1991 state football title.

This season’s Annual Award Event will be held as a breakfast, with an opportunity to meet the speaker beforehand. Florida Crystals is sponsoring the event, which is the Civic Association’s only fundraiser of the season.

The event is open to the public. Individual tickets are $200 for Civic Association members and $300 for non-members.

A VIP dinner with Geist will be held at a private residence on the evening of Sunday, Feb. 27 for those who donate $5,000 and above for the event.