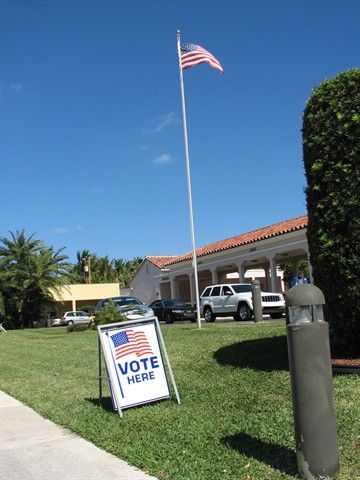 Palm Beach’s next municipal election will represent a departure from those of the past, at least in some ways, because of recent changes in local and state laws.

Most noticeably, the annual Town Caucus in this and future years will be held in early December instead of the traditional “first Tuesday after the first Monday in January,” as it was in many years past.

The New England-style Town Hall meeting, which officially kicks off the election season, will be on Dec. 7. The start time also has changed to 5 p.m., for this year at least, instead of the traditional 7 p.m.

The Town Council changed the law governing the caucus date after the Palm Beach County Supervisor of Elections Office asked all county municipalities to allow it more time to accommodate legal vote-by-mail requirements.

Under the change, Palm Beach’s caucus will be held on the first Tuesday in December or “on a date at least 95 days prior to the March election date, whichever comes first.”

Palm Beach’s municipal elections are scheduled annually for the second Tuesday in March. The next election is set for March 8.

The two-year terms of council members Lew Crampton, Bobbie Lindsay and Margaret Zeidman all expire in March. The three incumbents have all filed papers to seek re-election. So far, no opposition has stepped forward.

Those who wish to seek elective office have up to and including the caucus to become candidates. To qualify, candidates must be nominated for mayor or for a particular council seat, and their nomination twice seconded, by registered town voters at the caucus. Each candidate must also submit a petition bearing the signatures of 25 town voters, along with qualifying documents, to the town clerk’s office by 5 p.m. on the day after the caucus.

The council then certifies the results at a special meeting a few days later. If no office or council seat is contested, each qualifying candidate is declared the winner and the election is cancelled.

In another big change, this election cycle is the first in which candidates are required to have been a town resident for at least one year before qualifying to run for elective office.

In previous town elections, all registered voters of the town were eligible to run for mayor or a council seat with no length-of-residency requirement prior to qualifying to run.

Rojas ran unsuccessfully against longtime resident Ted Cooney for the seat that was vacated by Danielle Moore when she left to run for mayor.

A small business owner, Rojas reportedly had recently lost a bid for the Palm Beach Soil and Water Conservation Seat 4 before moving to Palm Beach shortly before making a run for the council seat.

“There was a bit of a shock when we found out this person had literally just moved into town and was running for a seat on the council,” Lindsay said. “She had not been on any town boards. You should be here for at least five years so you really know the town and make decisions that are well informed.”

The one-year requirement is consistent with that of other municipalities throughout Florida, including South Palm Beach and Boca Raton.

The makeup of the town’s elections canvassing board has also changed. The board is responsible for handling absentee ballots, testing tabulating equipment and supervising the canvassing of election returns.

Any registered voter will be able to vote by mail, which refers to voting a ballot received by mail or picked up by or for a voter instead of going to the polls to vote.

You can request a vote-by-mail ballot for a specific election or for all elections through the next general election in November 2022, according to Elections Supervisor Wendy Sartory Link.

But under a new state law, voters will be required to renew their requests to vote by mail. Previously, voters could check a box on the return envelope containing their ballot, stating their desire to continue to vote by mail in future elections. That is no longer permitted under the new law, she said.

“After November 2022, every vote-by-mail request will be wiped out and everybody will need to request anew,” Link told the council at its Oct. 12 meeting.