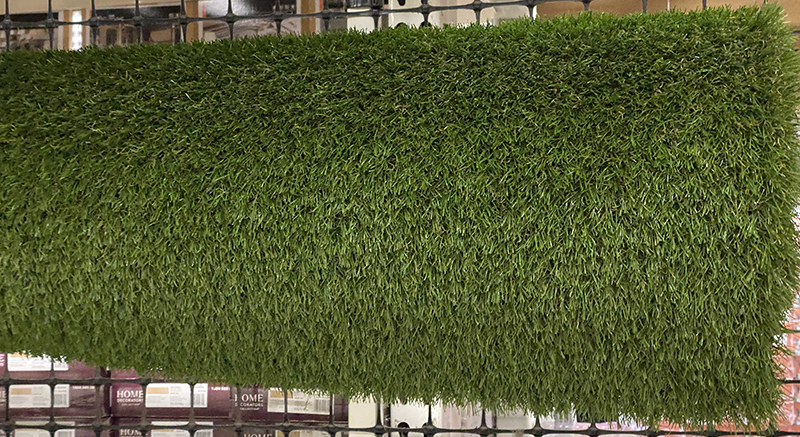 The town may tighten rules governing the use of artificial turf in yards – a practice town officials say may be environmentally harmful.

The artificial or synthetic turf is becoming more popular with homeowners who install it to cover shady or bare spots on their lawns, or who may like it because it doesn’t require irrigation, officials say.

But many of them may be unaware of environmental concerns associated with the product, or that they may have installed it in violation of town law, Councilwoman Julie Araskog said Thursday.

The turf isn’t illegal in town. But it does require a permit from the Architectural Commission, and it does not count toward town stipulations for landscaped green space.

“More people are using it in town,” Araskog said. “It appears many are not getting permits and are in violation of landscape requirements.”

Araskog chairs the council’s Ordinances, Rules and Standards Committee. Araskog and the other committee member, Councilman Ted Cooney, both said they’ve noticed a greater number of contractors in town installing the turf in yards.

Unlike at least 10 other communities in South Florida, Palm Beach does not have an ordinance that specifically governs the use of artificial turf, officials said. The committee asked staff to draft such an ordinance for it to consider at its next meeting at 9:30 a.m. on July 1. The meeting will be held at Town Hall.

The committee’s decisions are all recommendations to the full council, which has the authority to pass an ordinance.

The issue was raised early last year by Councilwoman Bobbie Lindsay, who said her research found that the turf – she called it a “plastic rug” – can heat up to 200 degrees during summer and that, over time, it releases harmful compounds into the water table. She said she even spotted synthetic turf installed in one resident’s front yard.

Lindsay requested that the matter be studied by the ORS committee, which is only now taking it up. The panel has not met during the last year because of the Covid-19 pandemic.

Araskog said the town needs to begin with education.

“Some people like that it doesn’t require lawn mowers, watering, pesticides or fertilizers,” she said. “So they think it’s good for the environment.”

Manufactured to resemble natural grass, synthetic turf fibers are typically made from nylon, polypropylene or polyethylene and are connected to a backing material.

Araskog read from an article in an area publication that said University of Florida “experts” on turfgrass do not consider it to be environmentally acceptable because it holds heat, allows microscopic petroleum pollutants to seep into the soil and water table, and kills beneficial bacteria and microorganisms in the soil beneath it.

The article indirectly quotes Dr. Marco Schiavon, a University of Florida agronomist who specializes in turfgrass, as saying it is environmentally harmful.

Schiavon, in an interview Thursday, said he lacked the expertise to confirm that the turf does or doesn’t kill beneficial bacteria, or whether it releases microscopic pollutants into the soil or water table. But he said the turf traps heat and cannot be recycled so “its disposal is an environmental concern.”

Araskog said she used to have synthetic turf in her yard but replaced it with grass. “It got so hot it started to smell like plastic,” she said. “You had to water it all the time to keep the bacteria and everything else off of it.”

Cooney said it’s tough finding a balance between environmental concerns and the desires of residents who want to use the turf in places where they can’t get anything to grow.

“I know it’s plastics and petroleum,” Cooney said. “I wouldn’t choose to have it. But I know a lot of residents are very happy with it.”

He suggested the town invite Susan Lerner, who is the Palm Beach Preservation Foundation’s director of horticulture, and a representative of the Garden Club of Palm Beach to address the committee or full council about the turf.

Zoning Director Wayne Bergman said applications for artificial turf must be approved by the Architectural Commission, not zoning staff.

“ARCOM always seems to struggle with these requests,” Bergman said. “I agree that artificial turf has a lot of problems.”

Deputy Town Manager Jay Boodheshwar said the town does not want to treat artificial turf as a permeable material or as a substitute for grass.

Aesthetics is also a concern, Bergman said. “If it is seen from the street, front or rights of way, it should be regulated,” he said.