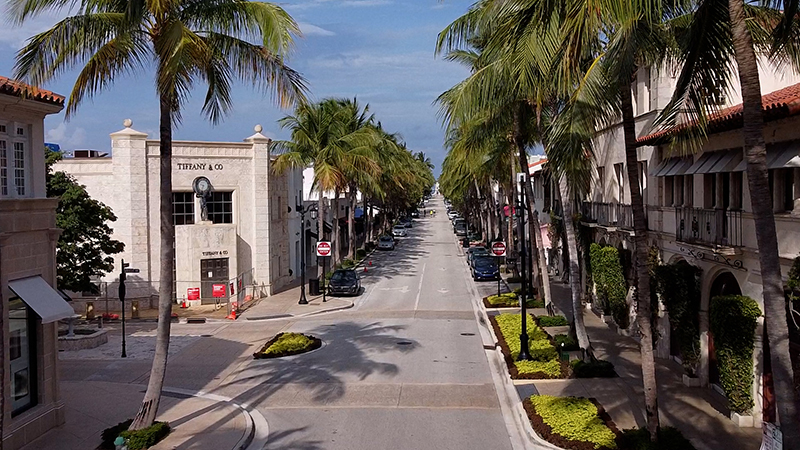 Retail review may be shelved while town eyes zoning reform

A study of the changing retail landscape in Palm Beach may be suspended for a year or longer while the town tackles zoning code reform.

A divided Planning and Zoning Commission recommended on Aug. 17 that the Town Council defer the retail study until after a planning consultant can advise the town on how to overhaul its outdated zoning code.

In February, the council hired Cincinnati-based Yard & Company to do the retail study with the caveat that it would not start until around November, when it was hoped the pandemic would be over and when the town would be swinging into its busy winter season. Yard was to be paid $94,500 for 13 weeks of work, with assistance from the zoning staff.

At the time, town officials said around 40 storefronts in town were vacant. Neiman Marcus had recently shuttered its Worth Avenue department store, and retailers were contending with a national trend toward online shopping.

But Zoning Director Wayne Bergman told the commission that Palm Beach retailers say last season turned out to be hugely successful. That news led Spaziani to question whether a retail exam is needed at all.

“In the middle of a pandemic, I find it amazing and surprisingly good that retail is surviving and prospering,” Spaziani said. “I don’t see where a retail study is warranted at this point.”

Bergman said he’ll bring the commission’s recommendation to the council next month.

Bergman said the zoning staff is drawing up a request for proposals from potential planning consultants to help guide the town through zoning code reform. The staff realized that there could be duplication in the work of the planning and retail consultants, he said.

“They both need to conduct an inventory of retail and commercial space, review zoning codes and conduct a needs assessment of the community,” Bergman said.

The council could cancel the retail study, reduce the scope of it, or push it into the future, Bergman said. “At the staff level, it makes sense to keep the two firms on a separate track … to eliminate overlap.”

The council has said zoning reform – an initiative that could take years to complete – is a top priority. Bergman, like other town officials, has described the code, which dates to the 1970s, as a complicated and inconsistent patchwork of regulations.

Pollock said zoning reform is more important to residents and should come first. “Why put the cart before the horse?” he asked.

Beuttenmuller said she sees no harm in waiting on the retail review and that she’s not convinced that all the big box stores are going away.

Ainslie, Christu and Sanchez all argued for keeping Yard & Company on schedule, though Ainslie said he favors scaling back the scope of its work.

Despite last season’s retail revival, Ainslie said landlords have told him many of the leases are short term. Art galleries sought refuge in Palm Beach during the pandemic, but that’s probably temporary, he said.

“I think many art galleries will go back to the bigger cities as they emerge from Covid,” he said.

Neiman Marcus’s closing was a blow to Worth Avenue, having darkened a 160,000-square-foot space with more than 200 parking spaces beneath. “It will never become a department store again,” Ainslie said of the space. “What’s going to happen to that? If we defer the retail study … we have to ask the [planning] consultant to address that issue.”

Sanchez called the retail study “imperative,” considering the national movement toward online shopping. “People are buying from their computers in their houses and no longer from big box stores,” he said.

As the need for bricks and mortar diminishes, the upper floors of retail buildings are being converted for residential use – another national trend. The town is changing and needs Yard & Company’s expert advice, he said.

Alternate Commissioner William Gilbane said that, with so much development happening in neighboring West Palm Beach, it’s a good idea to look at the future of retail in town.

“I think a boutique retail study is still valid,” he said.