Our Town with William Kelly: Civic Association to host candidates’ forum on Oct. 18 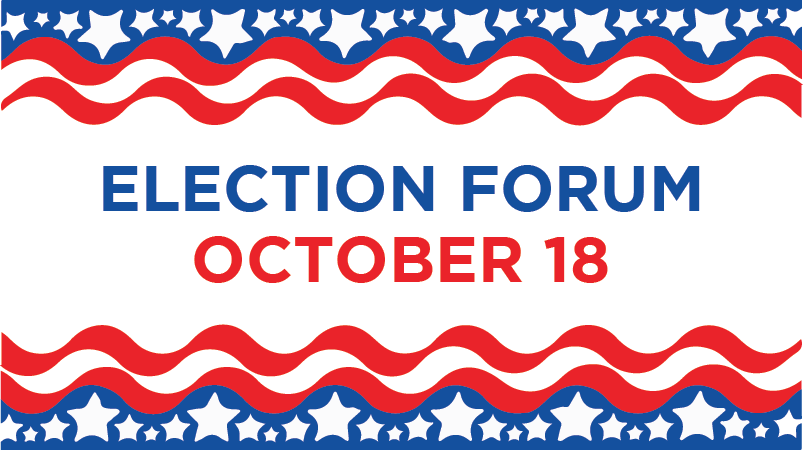 The Palm Beach Civic Association is hosting an election forum on Oct. 18 so voters can hear directly from the candidates about the issues shaping the races in the Nov. 8 general election.

The public is invited to attend the event, which will begin at 10 a.m. at the Morton and Barbara Mandel Recreation Center at 340 Seaview Ave. Valet parking will be available.

The Civic Association invited candidates from seven races for political offices that represent the town, including the local U.S. Congressional District, local Florida House and Senate districts, two Port of Palm Beach Commission seats, and the statewide races for governor and U.S. Senate. As of Oct. 6, seven candidates had said they plan to participate.

Palm Beach County Elections Supervisor Wendy Sartory Link will be the keynote speaker. Link is expected to discuss rule changes for voting by mail, new precinct numbers and, in some cases, changes to precinct locations because of political redistricting. Attendees may also learn how to quickly check and update their voter registration information using the new “My Status” button on the votepalmbeach.gov website.

Voters attending the forum will also gain insights into the five questions on the Nov. 8 ballot. Ed Chase, director of intergovernmental affairs and community engagement for Palm Beach County, will explain the ballot measures, which include three proposed constitutional amendments and two questions before Palm Beach County voters.

Michael Ainslie, treasurer of the Civic Association and a member of its Executive Committee, will moderate the forum. Ainslie said he’s hoping voters will take advantage of what the event has to offer.

“This is an important opportunity for town residents to meet the candidates and learn about their positions,” Ainslie said. “Secondly, it’s an opportunity to learn important information about the ballot initiatives.”

Candidates will each be given three minutes to introduce themselves and talk about what they think is important in this year’s election. There will not be a debate and candidates will not take questions during the forum, although they may be available to speak with voters after the forum is over.

The event is being sponsored by the Stanley M. Rumbough Jr. Legacy Society. The Rumbough Legacy Society is named for the late philanthropist and longtime director and former co-chairman of the Civic Association.

Mary Robosson, president of the Civic Association, said Stanley Rumbough was a highly respected leader who loved Palm Beach with a passion and inspired others to strive for a better community.

“The Civic Association is pleased to have the Rumbough Legacy Society provide this sponsorship, in keeping with the late Stan Rumbough’s and his family’s wishes, and in keeping with our mission to educate our residents,” Robosson said. 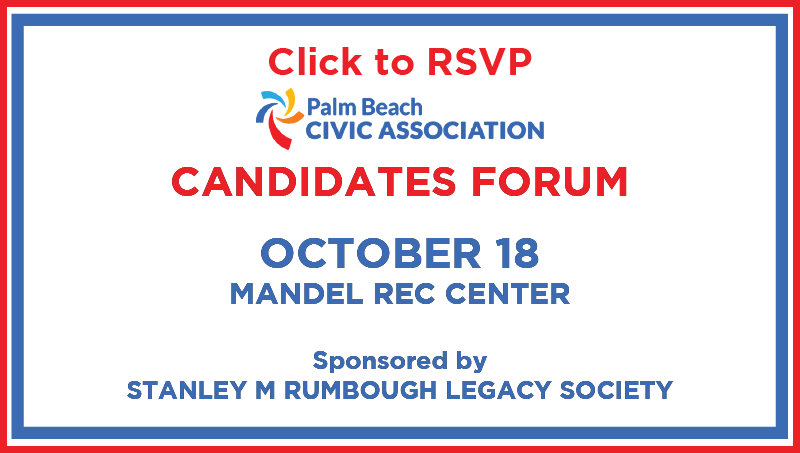