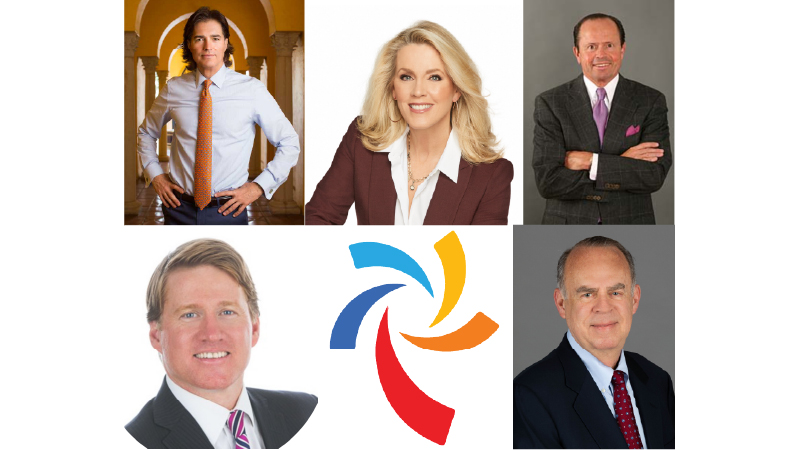 Mark Zeidman, a retired financial executive and a 24-year resident of the town, has joined the Palm Beach Civic Association’s Executive Committee.

The Executive Committee unanimously approved Zeidman to fill the seat vacated by Jack Borland earlier this month. The 17-member panel sets policy for the non-profit organization and receives reports from its 16 standing committees that focus on health care, public safety, the environment and other matters important to life in the town.

Wright said Monday that Zeidman will be a strong addition to the Executive Committee.

“He is extremely smart,” Wright said. “He’s financially organized and has a long history in financial work. I think that is always a gift to us and to the town to have somebody of that stature.”

“I think it’s going to be exciting and a lot of fun,” he said. “I know half to two-thirds of the other members. They are good friends of mine and I look forward to working with them.”

Zeidman has also been named to succeed Mr. Borland as chairman of the civic association’s Tax and Finance Committee and of its Palm Beach County Committee.

Zeidman said the committee’s role is to be supportive of the town’s financial leadership.

“Maybe we can bring some skills to the table to facilitate whatever’s in front of them,” he said. “Hopefully, they can use us as a resource, as opposed to somebody looking over their shoulder. Hopefully, we can make their jobs easier.”

The Palm Beach County Committee works with the town’s mayor on areas of concern with the county, follows the annual county budget process, and works to build productive relationships with county commissioners and staff.

Zeidman will continue to be a member of the association’s Audit Committee, which provides oversight in financial reporting, risk management and the audit.

Zeidman retired a year ago after a long and successful career in financial management.

Zeidman began his career at Coopers & Lybrand, became a Certified Public Accountant and served on various professional and industry committees. He then moved to Wall Street, where he worked in finance at Shearson Lehman Brothers and as a managing director at Nomura Securities International.

Since moving to Palm Beach in 1997, Mr. Zeidman has held senior executive positions in public and privately held specialty finance companies in the mortgage, aircraft leasing and commercial lending industries.

He has focused on raising capital to support corporate growth and provide liquidity to investors. Most recently, Zeidman was chief financial officer of RoundPoint Mortgage Servicing Corporation, which grew five-fold during his tenure.

At the luncheon, Wright thanked the civic association directors for their support, calling them the “backbone” of the organization.

The four new directors are all successful career professionals.

A Florida native, Bone is a trial lawyer with more than 25 years of experience. He is co-founder of the law firm Larmoyeux & Bone, with main offices in West Palm Beach, and principal of Bill Bone Bike Law with affiliate offices throughout Florida. He was chairman of the Palm Beach Centennial Commission 2010-11.

Omtvedt is an accomplished executive with significant experience driving shareholder value. He served as senior vice president and chief financial officer of Fortune Brands, Inc., a former leading consumer products company, from 2000 until his retirement in 2011.

Pressly has been a member of the Palm Beach law firm Pressly Pressly Randolph & Pressly for more than 20 years. A native of Palm Beach, he specializes in estate and trust litigation. He is a member of the town’s Recreation Advisory Commission.

Norville is a two-time Emmy Winner and a New York Times best-selling author. She is the anchor of Inside Edition, the nation’s top-rated syndicated newsmagazine. She has been inducted into the Broadcasting and Cable Hall of Fame.

The mission of the Palm Beach Civic Association is to protect and enhance the quality of life in Palm Beach by informing, educating and engaging with residents about important issues in the town.