Next Season to Begin in Red, White and Blue 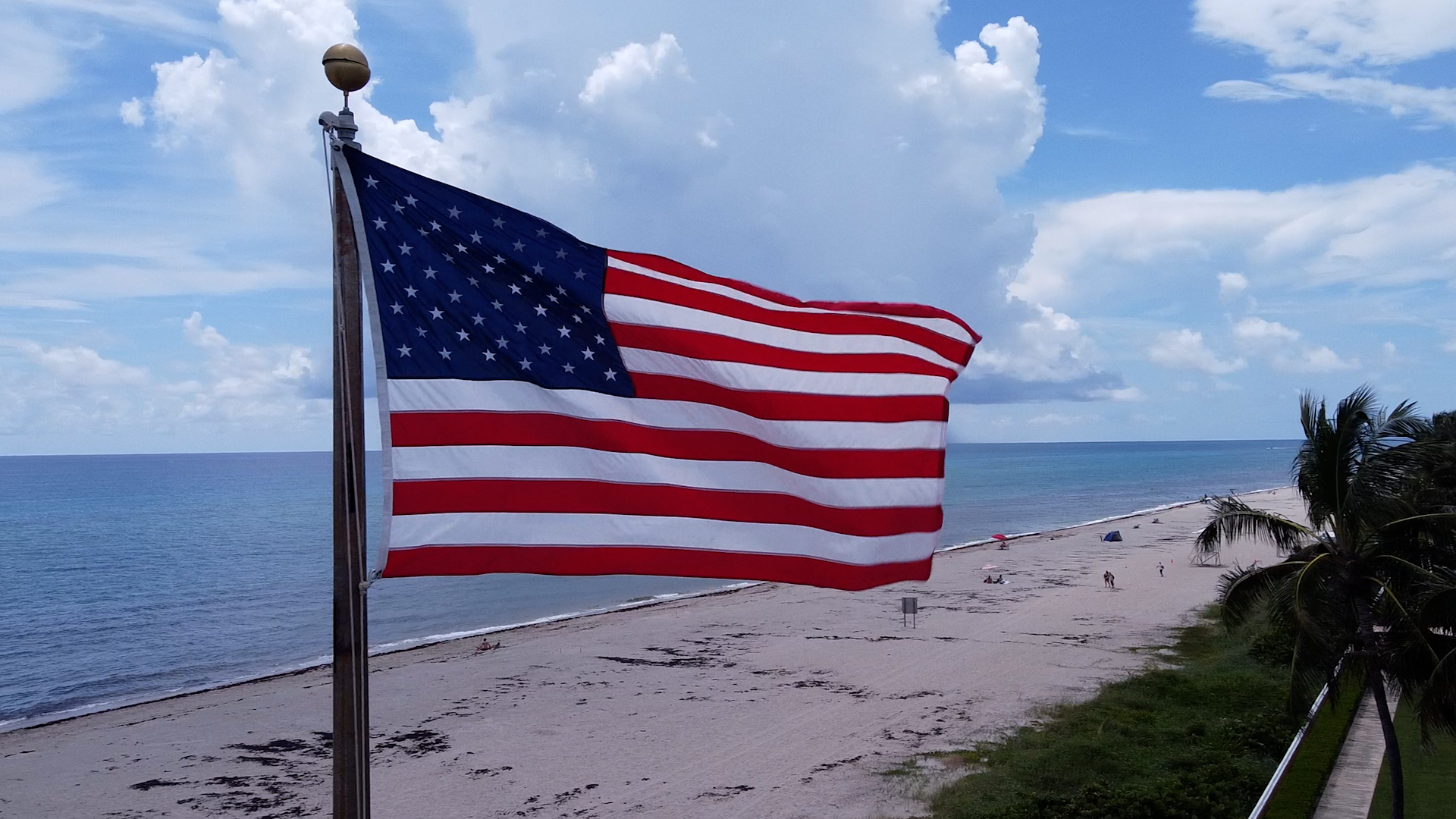 Come November, Bradley Park will burst into a patriotic display of red, white and blue.

The Flags for Heroes charity event will return to the park for the first time in two years, after being absent last fall because of the Covid-19 pandemic.

The park beside the town’s northern gateway will be transformed into a field of 500 U.S. flags erected to mark the Nov. 11 Veterans Day holiday.

The Town Council on Tuesday unanimously approved a business association special event permit allowing the flag display Nov. 4-15, which will include the weekends immediately preceding and following Veterans Day, which will fall on a Thursday.

A West Palm Beach attorney, Zaretsky is the past president and primary representative of the Rotary Club of Palm Beach Foundation for Flags for Heroes.

Flags for Heroes is a visually stunning event that gives people the chance to honor someone – be it a veteran, parent, teacher, police officer or anyone else – who has been a hero in their own life, Zaretsky said.

Participants buy medallions, listing their name and the name of the person they are honoring, online in advance of the event. Each medallion costs $100 and is attached to a flag throughout the display period.

In 2019, about 250 medallions were purchased, and the event netted $12,500 which was donated to a scholarship fund for the children of general town employees.

Last year, when it was unable to stage the event because of the pandemic, the rotary foundation dipped into its reserves and donated another $12,500 for the town scholarships, said former town manager Tom Bradford, a rotary foundation member who is helping with the project. Bradford said the foundation didn’t want any families who were counting on the scholarship aid to have to go a year without it.

Mayor Gail Coniglio thanked Bradford and Zaretsky for bringing the display back again this year. “It was a disappointment we could not have it last year, based on the fact that it was so patriotic and well received” in 2019, she said.

This year the display period is being expanded to 10 days instead of three, and Zaretsky said he expects to net $35,000 to $50,000 for the scholarships because fixed expenses – such as the cost of purchasing the flags and medallions – will be far less.

When Zaretsky originally sought town permission for the display in 2019, there were concerns about noise, parking or traffic problems and potential damage to town property.

But none of those problems materialized, and the event went smoothly, Public Works Director Paul Brazil told the council on Tuesday.

Zaretsky said people loved the patriotic display and the opportunity it gave them to honor someone special who may have been an inspiration in their own lives.

“We had absolutely overwhelming positive comments,” he said. “The only negative comments we received were that we didn’t leave the flags up long enough.”

This year, Zaretsky hopes the medallion purchases will exceed 500. If so, there is additional space in the park to erect more flags so all “heroes” can be represented. Arranged in a grid pattern, the flags are 5 feet by 3 feet and are erected on poles seven feet tall.

The only question is whether there will be a half-hour ceremony in the park to mark the occasion. That depends on where things stand at the time with the pandemic. If it is deemed safe, the event will be held on Nov. 10 or Nov. 11.

Ceremony or not, the flags will be on display, Zaretsky said. “Certainly, there is plenty of space where people can roam the field of flags and stay socially distanced,” he said.>>>
Councilman Lew Crampton said the patriotic display is good for Palm Beach. “It provides an image of the town to outsiders that I think they really ought to see, in terms of ‘love of country’ and ‘love of the flag,’” he said.

To learn when the medallions will be available for purchase, go to www.palmbeachrotary.org.