New Civic Association Directors Elected to the Board 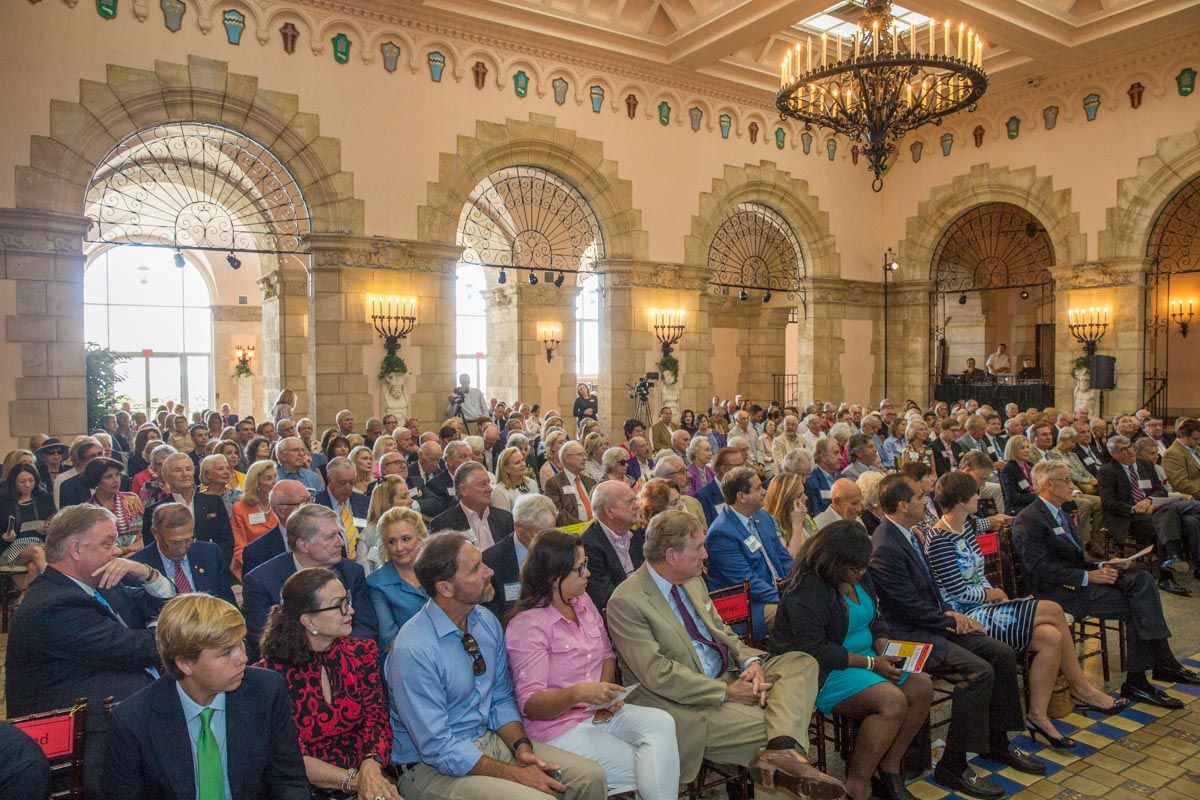 During the Palm Beach Civic Association Annual Meeting, new directors were elected to the Board of Directors.  See bios below:

NEW MEMBERS OF THE CIVIC ASSOCIATION BOARD OF DIRECTORS Mr. Aldridge is the president, CEO, and founder (with his wife, Linda) of Head of Sales Consulting, Inc. (HSC), advising on executive sales in retail and consumer goods industries. HSC addresses senior sales leadership, customer strategy development, and product launch expertise. Prior to HSC, Mr. Aldridge served as executive vice president of sales at Pharmavite, LLC (2002-11) and served on the Pharmavite executive management team. In 2011, he transitioned to executive advisor to Pharmavite, providing consulting services to the board of directors and executive management, and led Nature Made to become the number-one US vitamin brand. Mr. Aldridge also introduced Nature Made into Asian countries (China, Taiwan, South Korea), and managed Nature Made development in Japan. Before joining Pharmavite, he was an executive vice president at ConAgra Foods, vice president of sales and national sales manager for Del Monte Foods, and had held senior sales management positions with Pet Inc. and Clorox. Mr. Aldridge is affiliated with Encore Associates (San Ramon, CA) via Encore ExecuForce.  He was a member of the advisory board of One Hope Cause Marketing, which has donated over $1.5 million to targeted charities, and on the board of the Making Change charity. He is a director of the Citizens Association of Palm Beach. Mr. Aldridge was raised in Gastonia, NC, and received a BA in 1974 from the University of North Carolina at Chapel Hill.  He and his wife reside in Palm Beach and Kansas City, MO.

Mr. Carter is the co-founder (with William S. Cohen, former US Secretary of Defense) and CEO of TCG Financial Partners, a defense-related strategic advisory and private equity business (2004-09).  He had previously been the head of corporate and investment banking for Bank of America Securities (1999-2004) and CEO and global head of corporate and investment banking of Deutsche Bank Securities (1997-99). Prior to that, he was managing director of Merrill Lynch Investment Banking Group (1986-97) and Merrill Lynch Corporate Bond Group (1981-86), and vice president of Continental Illinois National Bank (1977-81). Mr. Carter received his BS in marketing/management from the University of Miami in 1975 and his MBA in finance from the University of Miami in 1977. He has been a full-time resident of Palm Beach since 2012 and was appointed by the Palm Beach Town Council to the Retirement Board of Trustees.  Mr. Carter, who is divorced, has four grown children and a grandson. Ms. Emmett is a principal owner of Duffy’s Sports Grill, Florida’s largest independently owned restaurant chain, and is involved in all brand initiatives. Duffy’s, founded by her late husband, Paul Emmett, is a premier sports-themed restaurant. Prior to joining Duffy’s in 2016, Ms. Emmett was vice president of marketing and product development at Trish McEvoy, an international retailer of cosmetic and beauty products, where she developed comprehensive marketing strategies. The company grew from a single New York City retail location to over 300 locations worldwide. In 2015, Ms. Emmett founded the Duffy’s Foundation in memory of her husband; it is dedicated to improving communities through charitable contributions. The foundation, which she chairs, supports local branches of such organizations as the Special Olympics and Girl Scouts of America and hosts events aimed at increasing awareness of important local initiatives like The Arc of Palm Beach County, Palm Beach School for Autism, and School Lunch Fairies. Ms. Emmett is an advisory board member of Brigham and Women’s Boston Hospital and Medical Center and serves on the visiting committee on gastrointestinal cancers at the Dana Farber Cancer Institute. She is currently a board member of the Girl Scouts of Southeast Florida and received the 2018 Emerald Award.  Ms. Emmett lives in Palm Beach and has a son and stepson who are actively involved in the business their father founded. Ms. Frisbie has been a real estate broker-associate in Palm Beach since 1988, and with Corcoran Group since 2004. A long-time South Florida resident and professional, she focuses on residential sales, acquisition and development throughout most of coastal Palm Beach County. Her annual sales records place her in the top one percent of Corcoran Group’s highest-selling brokers. Ms. Frisbie has an extensive network of local subcontractors, including architects, builders and real estate attorneys. This network serves as a resource for clients, not only in acquiring or selling a home, but also in building or renovating one. Originally from Virginia, Ms. Frisbie has lived in South Florida since 1986. She is a graduate of the University of Virginia and has served as a member of the university’s Jefferson Scholar Final Selection Committee. She is president of the Palm Beach Board of Realtors and has served on the board for Adopt-A-Family. Ms. Frisbie is an active supporter of several organizations, including Autism Speaks, Impact 100, and Cancer Care Foundation of Tidewater, VA. She has two daughters and currently resides in Palm Beach with her husband, David. Mr. Kleid and his late wife, Rhoda, became residents of Palm Beach in 1997 after 20 years as visitors. Mr. Kleid was soon appointed to the Planning and Zoning Commission, serving successively as secretary and chairman during his five-year tenure. In 2005 he was elected to the Town Council, serving two terms as president pro tem; he recently completed his third term as Council president. In addition to his service to the town, he is an alumni interviewer for his alma mater, Columbia College, and a volunteer attorney at the Legal Aid Society of Palm Beach County, from which he received the prestigious Emeritus award. He is a member of both the Palm Beach Citizens’ Association and the Civic Association. Mr. Kleid’s interest in civic involvement goes back to his residence in Upper St. Clair, PA, where he was an elected member of the school board and its president for several years, as well as a trustee of the Upper St. Clair Community Foundation. A long-time employee of the JC Penney Company, Mr. Kleid served as its real estate counsel and was an active member and frequent speaker at the Lawyers’ Section of the International Council of Shopping Centers. He also contributed to legal publications and lectured in seminars at the University of Miami Law School. Mr. Kleid was a member of the Allegheny County Bar Association and of its real estate committee. He is a graduate of the Horace Mann School, Columbia College, Columbia Law School, and holds a Master of Law in taxation from New York University Law School. Dr. Oz, a renowned heart surgeon, has brought complementary medicine into the mainstream on television and as a radio host and author. He now hosts a television series, The Dr. Oz Show. Born in Cleveland, OH, he grew up in Wilmington, DE, traveling frequently to his parents’ Turkish homeland. He graduated from Harvard University and earned an MBA from the Wharton School and an MD from the University of Pennsylvania Medical School. As a surgeon, Dr. Oz specialized in heart transplants and minimally invasive procedures. His open-minded world view led him to seek out alternative treatments and to combine them with Western medical practices. In 1994, Dr. Oz established the Cardiovascular Institute and Integrative Medicine Program at New York-Presbyterian Hospital. Media exposure followed, and he and his wife co-authored Healing from the Heart: A Leading Surgeon Combines Eastern and Western Traditions to Create the Medicine of the Future, released in 1998. The couple also created Second Opinion with Dr. Oz, a 2003 television show; The Dr. Oz Show debuted in 2009. Dr. Oz and his wife, Lisa, have collaborated on numerous projects, including the best-selling YOU book series. They have four children and reside in Palm Beach.