Moving Into the Bristol Begins 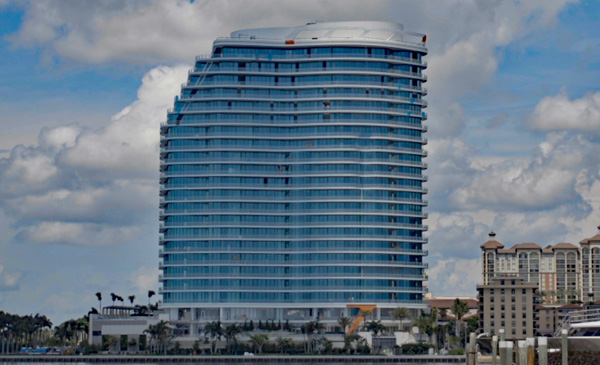 The Bristol condominium is nearly complete, and residents have begun moving into the ultra-luxury property, considered the most expensive condominium ever built in Palm Beach County.

The S. Flagler Drive property began construction in 2016 and is wrapping up. It features views of Palm Beach and the Atlantic Ocean, and prices have ranged from $7 million to $14 million per unit, although prices have gone higher for penthouse units.

Sixty-five of the sixty-eight units have sold. The developer has held the final three units back from sale until this coming season.