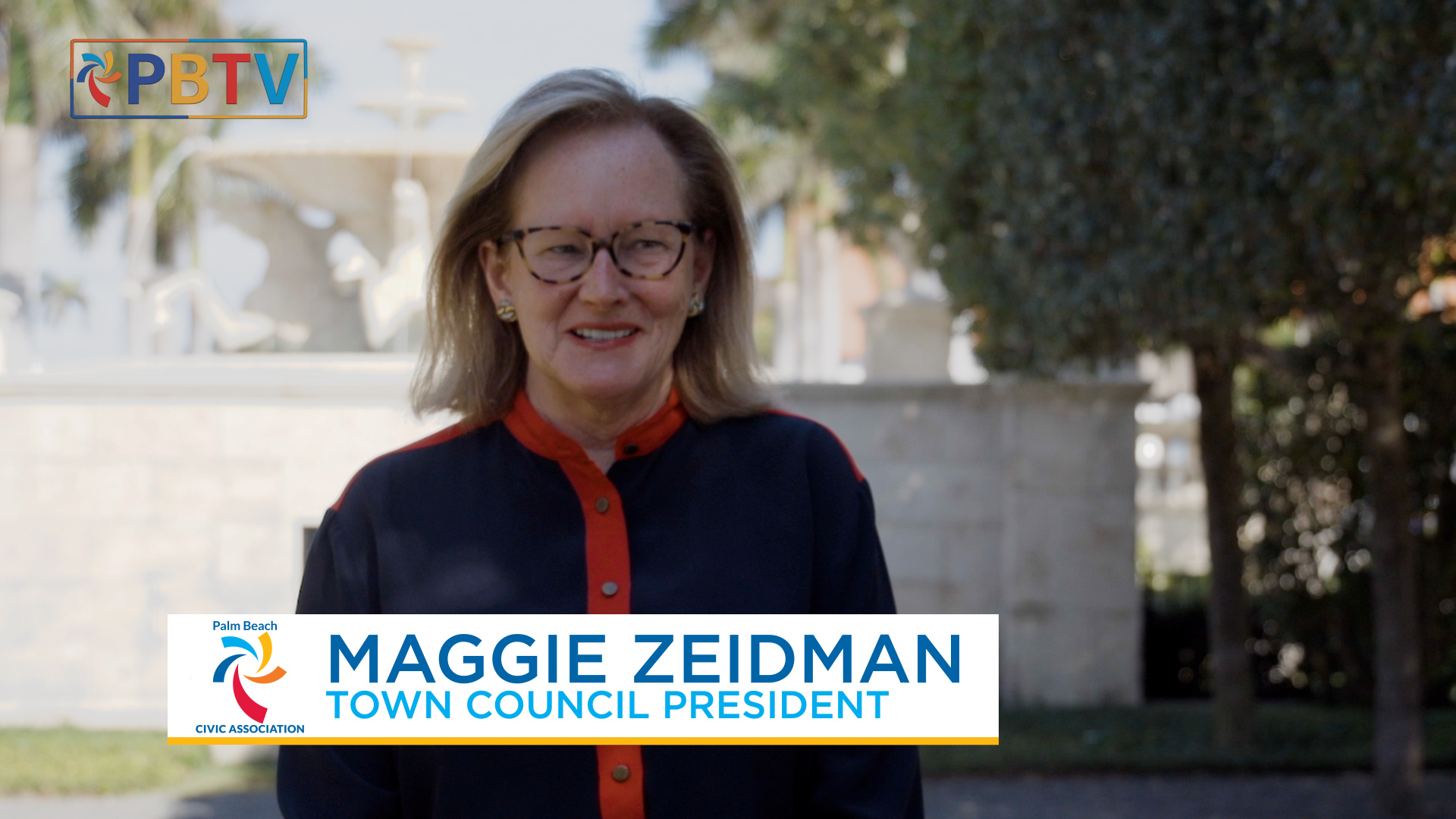 The Town Council on Tuesday named Margaret Zeidman as its president for the second consecutive year.

The council president is chosen each year to preside over meetings, determine the agendas, and select members to the various council committees.

She is a retired medical professional and 23-year resident of Midtown. She is vice chairwoman of the Palm Beach Fellowship of Christians & Jews.

Lindsay is serving her third term on the council after having been elected without opposition in 2016, 2018 and 2020.

The North End resident moved to Palm Beach with her family in 1961. She is retired from a career in real estate development and investment.

The Planning and Zoning Commission said Tuesday that the town should keep a lid on restaurants’ overall seating capacity when considering their applications for expanded outdoor dining.

The zoning board, Town Council and staff have been searching for the right recipe of regulations to manage a popular trend toward outdoor dining.

The trend began a year ago when the town temporarily relaxed its rules so restaurants could serve more customers outdoors during the Covid-19 pandemic. The pandemic may be receding, but the appetite for expanded al fresco dining has not.

The zoning board recommended Tuesday that the trend be allowed to continue, on a trial basis, for another year.

But it advised the council not to allow restaurants to increase their overall number of seats. Instead, the eateries would be allowed to shift some seats from indoor dining areas to outdoors.

Outdoor seating also should not be allowed beyond the perimeter of the restaurant, the zoning board said.

Zoning commissioners, like council members, have expressed concern about noise, worsened traffic congestion and crowds that they say could alter the character of commercial areas while disturbing residents who live nearby.

Zoning Commissioner Richard Pollock said any action the town takes should be consistent with its comprehensive land-use plan. The plan calls for a decrease in the intensity of commercial uses in town, he noted.

Zoning Director Wayne Bergman summed up the council’s position Tuesday while seeking the zoning board’s advice on how to proceed.

“They do not want the town to be a dining destination, such as Delray Beach,” Bergman said. “But a moderate expansion of outdoor seating [is] okay. They want it to be peaceful and upscale.”

A year ago, the council decided to allow restaurants to move seats outdoors to help them stay afloat during the pandemic, which triggered severe public safety limitations on indoor seating.

The number of outdoor seats ballooned by 354 to a total of 605, according to the town. But Bergman said that, once the pandemic recedes, all of that additional outdoor seating will disappear with it – unless the rules are changed.

Some residents have written to council members and zoning commissioners saying the greater cafe-style presence breathed life into the town at a time when both residents and businesses sorely needed it.

Michael Ainslie, chairman of the zoning board, said the combination of Palm Beach’s spectacular winter climate and first-class restaurants made it ideal for al fresco dining – so much so that it was often hard to find an available table.

“People are enjoying the option of outdoor seating,” Ainslie said. “This is a service to town residents, which is being appreciated and utilized.”

One commissioner, Jorge Sanchez, dissented in Tuesday’s decision. Sanchez, who strongly favors allowing more outdoor dining, said he preferred for the town to allow a 10 percent increase in capacity instead of holding to existing seating limits.

Additional controls on outdoor seating will be drafted by staff for consideration by the zoning board and council, Zoning Manager Paul Castro said. The council will have the final over any changes.

Last week, the council said it wants to review the restaurants’ applications itself, for possible conditional approvals, instead of allowing administrative approvals of outdoor seating.