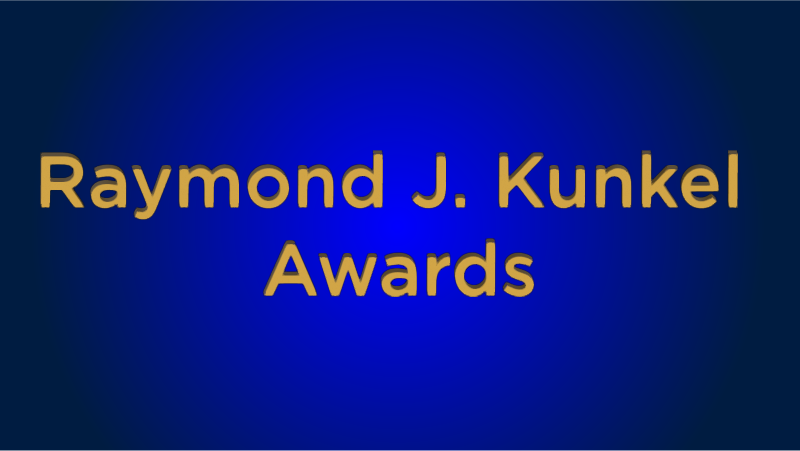 An assistant fire chief, a physician and a local pharmacy manager are the recipients of the Palm Beach Civic Association’s 2022 Raymond J. Kunkel Awards.

The recipients, who were announced at the Civic Association’s Annual Meeting Monday, are Sean Baker, assistant fire-rescue chief in Palm Beach; Dr. Alina Alonso, a West Palm Beach family doctor and director of the Florida Department of Health in Palm Beach County; and Christopher Lindstrom, pharmacy manager at Publix in Palm Beach.

The three were recognized for their outstanding service to the Town of Palm Beach in response to the Covid-19 public health emergency.

Established in 1976 in honor of former Civic Association director and chairman Raymond J. Kunkel, the award is given each year to a group or individuals who render heroic or meritorious service to the town.

The awards were handed out by Breakers President Paul Leone and Michael Reiter, former Palm Beach police chief. Reiter and Leone are members of the Civic Association’s Raymond J. Kunkel Committee, which selects the award recipients.

Alonso was a pillar of strength, wisdom and courage in Palm Beach County during the Covid-19 pandemic, Leone said.

Throughout the pandemic, she worked tirelessly, visiting vaccination and testing sites, easing people’s fears and advising public officials on how best to protect the county’s 1.5 million residents.

“I was in contact with her countless times,” Leone said. “Every email and every phone call to her was answered within minutes, and it was a tremendous help to me and our organization.”

Leone read from a letter submitted by Town Council President Margaret Zeidman in support of Alonso’s award nomination. Zeidman wrote of Alonso: “She gave of her time whenever asked. I asked frequently.”

Assistant Fire Chief Sean Baker stepped up to the plate during unfamiliar and frightening times, leading the town’s Covid-19 response from the earliest days of the pandemic, Leone said.

Before vaccines became available, the Palm Beach Fire-Rescue Department put together an emergency team able to begin dispensing them upon their arrival. In all, 2,639 shots were given, including first and second doses.

Baker also set up the town’s booster process, where 210 shots were given and, for those already infected, 94 life-saving monoclonal antibody Regeneron shots were administered.

Chris Lindstrom has been the Palm Beach Publix pharmacy manager for five years. Lindstrom’s calm leadership proved to be exactly what was needed during the difficult, stressful and often-confusing roll out of the Covid-19 vaccines, Leone said.

During the pandemic, the store was beset with increased traffic caused by a dramatic shift in customers’ shopping habits. Lindstrom found creative ways to procure products for customers even as supply-chain interruptions stressed the store’s ability to maintain stock, Leone said.

In his letter recommending Lindstrom for the Kunkel award, Publix Manager Greg Serkin wrote: “Somehow, through all that we’ve been through, Chris found a way to comfort and care for his customers. And the pharmacy team somehow found a way to get shots into the arms of those who needed them.”

A 16-year veteran of the town’s executive staff, Boodheshwar is leaving this spring to become city manager of Naples. He joined Palm Beach in 2006 as recreation director and was promoted to deputy town manager in 2015.

Mayor Danielle Moore, who gave out the award to Boodheshwar, said his numerous accomplishments include town staff oversight of the Covid-19 response, reconstruction of the town marina, construction of the new Mandel Recreation Center, and hurricane preparedness and response.

Boodheshwar also is a former board chairman of the Town of Palm Beach United Way.

“This town is a better place for Jay having served here the last 16 years,” Moore said of Boodheshwar, who received a standing ovation from the audience of about 375 people.

Civic Association Chairman Bob Wright handed out the award to Baker, who is leaving in June after 21 years at her post.

“For more than 21 years, Laurel has been the face of the business community in Palm Beach,” Wright said. “During that time, Laurel has watched the chamber grow from 150 members to nearly 700.”

The Annual Event was sponsored by Palm Beach Island Hospice Foundation, represented on Monday by its board president, Mark Cook.