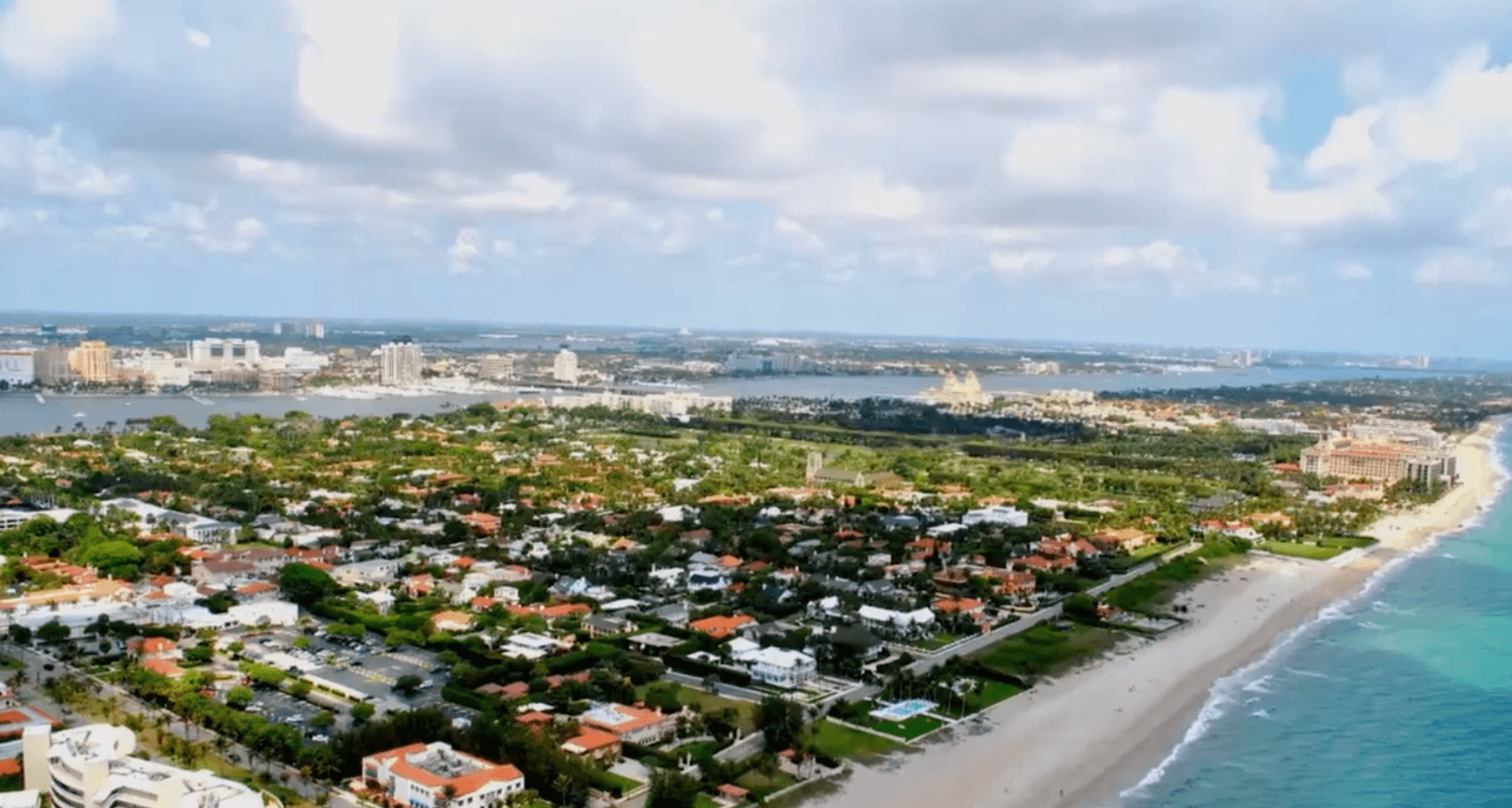 Property values on the island rocketed upward by an average of 18 percent over the last year, according to an updated tax roll estimate released Wednesday by Palm Beach County Property Appraiser Dorothy Jacks’ office.

The 18 percent leap is more than double last year’s increase of 8 percent. It also appears to be a record for the town. The previous benchmark was in 2007, when values climbed by 16.9 percent over the previous year.

The single-family housing market accelerated upward at an almost dizzying pace – especially in high-end locations like Palm Beach, Jacks said during a recent interview with Mark Zeidman, chairman of the Palm Beach Civic Association’s Tax and Finance Committee, in Studio 33480.

“I don’t think there was an area of the county that didn’t see a fast-paced market,” Jacks said.

Total residential and commercial real estate values in Palm Beach have exceeded $25.5 billion – a huge leap over the $21.7 billion final taxable value for 2021.

Single-family home values on the island climbed by more than 18 percent to an average of about $7.2 million, according to Jacks’ office. Condominium values were up by over 9 percent, averaging nearly $900,000.

The island’s hyperactive real estate scene was reflected not just in sales but also new construction, which was factored into the overall valuation increase. New construction was valued at nearly $319.7 million, according to Jacks’ office.

Overall Palm Beach County property values are up by 15.2 percent, to $255.3 billion, the office said. That’s also higher than the June 1 estimate, which placed the countywide climb at 13.5 percent.

The estimate is based on market conditions on Jan. 1. It is prepared annually to help local governments forecast tax revenue as they prepare their budgets and set their tax rates for the next fiscal year.

Palm Beach’s property tax revenue was just over $59.6 million for the budget year that ends Sept. 30, according to Finance Director Jane LeClainche. That’s roughly two-thirds of the $89.1 million operating budget.

The 18 percent increase in valuation means that, for the year starting Oct. 1, town property tax revenue would climb by about $10.7 million if the property tax rate were to remain at $2.90 per $1,000 of taxable value.

But that’s up to the Town Council, which sets the tax rate each year. Last year the council slashed the rate from $2.99 per $1,000 of value to the current $2.90 per $1,000 – enough to generate a $1 million tax cut for property owners with a homestead exemption and still have a $1.7 million budget surplus.

This year the town administration hopes to release its budget proposal on Friday, LeClainche said. The council is scheduled to review it during a budget workshop July 14.

Final approval of the budget and property tax rate occurs at two public hearings held each year in September.

Mark Zeidman, chairman of the civic association’s Tax and Finance Committee, said it’s common for the updated property value estimate to be higher than the earlier one, which is released in early June.

“That’s a good thing, and I’m hopeful that the town managers consider how to use the increased valuations appropriately when determining expenditures and [adopting] the budget,” he said.