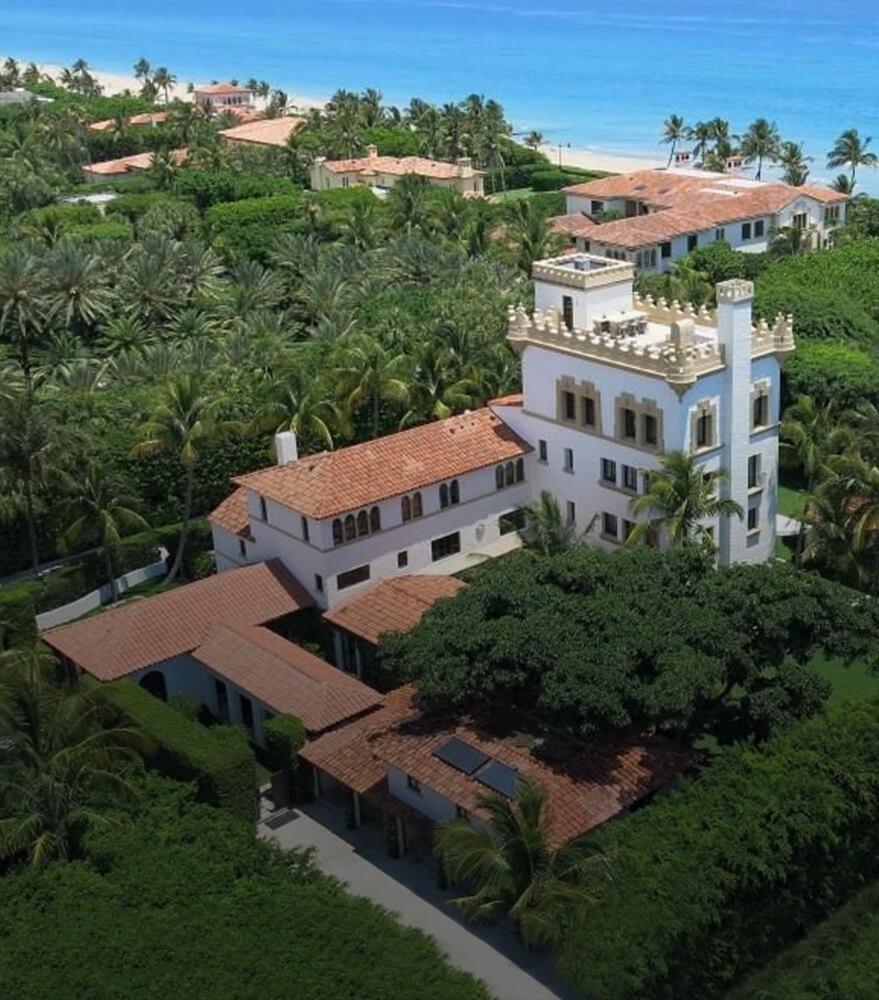 (UPDATE: An earlier version of this article was posted June 1. This expanded version contains additional information and interview material that was subsequently added to the article.)

Total residential and commercial real estate values on the island hit a record $25.2 billion – a huge leap over the $21.7 billion final taxable value for 2021, according to the preliminary estimate.

The 16.5 percent increase shows how active the island’s real estate scene was during 2021, not just for sales but for new construction, which was factored into the valuation increase. The net value of new construction was pegged at $284.5 million.

Overall Palm Beach County property values were estimated at $251.7 billion, an increase of 13.5 percent, according to the property appraiser’s office.

The estimate is based on market conditions on Jan. 1. It is prepared each year to help local governments forecast tax revenue as they prepare their budgets and set their tax rates for the next fiscal year.

The 16.5 percent increase is not quite a record for the town, Finance Director Jane LeClainche said. In 2007, the overall taxable property value in Palm Beach jumped by 16.9 percent.

“We are just under the record,” she said.

Last year, the initial June 1 estimate from the property appraiser’s office showed real estate values in the town increasing by 6.87 percent. A July 1 revision bumped it up to 8.13 percent.

Bob Wright, chairman and CEO of the Palm Beach Civic Association, pointed out that the 16.5 percent average increase doesn’t account for differences in the demand and pricing for condominiums, smaller houses and larger houses or estates.

The island experienced a number of very large real estate sales, reaching into the tens of millions of dollars, that can also skew the overall picture, he said.

“There are a lot of differentials,” Wright said. “People need to understand that.”

Over the last year, single-family home values in Palm Beach climbed by 18.4 percent to an average of nearly $7.2 million, according to the appraiser’s office. There are 2,288 single-family homes on the island.

Condominiums were up by 9.2 percent, for an average of $877,517, according to the appraiser’s office. There are 5,283 condominiums in Palm Beach.

LeClainche said the town administration plans to release its 2022-23 budget proposal around July 1. A special Town Council meeting to discuss the proposed budget is scheduled for 9:30 a.m. on July 14 in Town Hall.

“It’s certainly a very high number and reflects everything that’s been going on here,” he said. “It generates more revenue for the town. [But] I certainly don’t think the town will look to spend all the additional revenue just because it’s available.”

Additional tax revenue would help offset steep increases in the cost of commodities, materials and labor due to inflation, Blouin said.

Staff is likely to present the council with a menu of options that could include greater spending on capital improvements, cutting the property tax rate, or a hybrid approach, he said.

“Any millage rate reduction would be for the elected body to decide,” he said.

Last year, the council cut the property tax rate so that property owners with a homestead exemption did not pay more in taxes despite the increase in their property values. Those without the exemption did pay more. A large portion of the revenue increase was used to help pay for reconstruction of the North Fire Station.

“We are in a sound financial position,” Zeidman said. “The only way to maintain that is to be conservative in your outlook.”