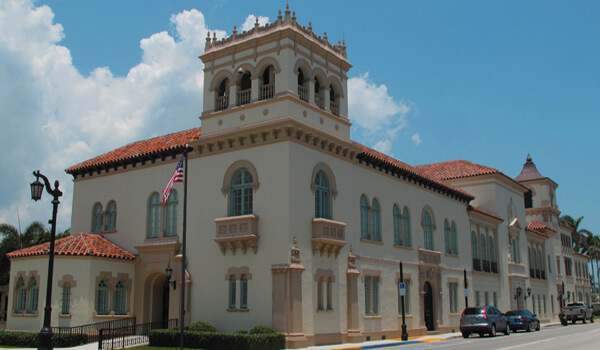 The Town Council unanimously agreed Thursday on a $97.2 million budget for next fiscal year that includes $2.3 million for a 9 percent across-the-board employee pay increase tied to inflation.

Thursday’s decisions were preliminary. Final approval of the budget and property tax rate will be at public hearings in September.

But the town would still generate $5.7 million more in revenue because of an 18 percent average increase in taxable values on the island, according to Le Clainche. Property tax revenue would total more than $65 million, or about two-thirds of the budget.

The council’s agreed-upon tax rate was higher than the recommendation in Town Manager Kirk Blouin’s budget proposal. Blouin’s $94.7 million spending plan called for a 10.6 percent cut in the tax rate. Because of the higher values, that rate of $2.59 per $1,000 would still have generated about $3.2 million more in property taxes than this year.

The council opted for the higher rate to bring in an additional $2.5 million that will fund improved traffic signalization and upgraded crosswalks at some intersections.

Blouin suggested the upgrade to improve traffic flow and crosswalk safety, which he said are needed because of worsening traffic congestion on the island, especially during the winter months when the seasonal population peaks.

Better technology allows the traffic signals to be adjusted from a central location to improve real-time traffic conditions without having to deploy police officers to direct traffic at intersections, he said. The technology allows crosswalks to be more conspicuous to drivers through better lighting techniques.

Blouin and Public Works Director Paul Brazil said the town can save money by laying the conduit for the upgrade as part of the town-wide utility undergrounding.

“Directing signalization from an office is a great return on investment,” Blouin said. “It will never be cheaper than in the next year or two. Traffic is one of the highest priorities in the town.”

Councilwoman Bobbie Lindsay said most of the complaints she has received from residents were about the extreme traffic tie-ups on the island, especially during high season months or when a bridge is malfunctioning during rush hour.

“I think smart traffic signals is critical [for the council] to support,” she said.

Most of the council discussion at Thursday’s budget workshop was about the property tax rate. Council members sought to strike a balance between the desire to cut taxes and provide relief to property owners, on one hand, while being prudent about inflation and economic uncertainty on the other.

The 9 percent cost-of-living adjustment was based on the average consumer price index in South Florida during December, February and April, according to Le Clainche. It comes in addition to merit and step pay increases for workers who haven’t reached the top of their salary ranges.

Council members also expressed concern about how far inflation in construction labor and materials may drive up the cost of big-ticket capital projects in the town. These include the reconstruction of the North Fire Station, the final three phases of the utility undergrounding project, and the upcoming reconstruction of the Midtown Beach seawall.

Brazil said he’s been told by engineers and subcontractors that construction prices are escalating.

“The next round of [construction] bids are going to show us what we’re going to have to live with for the next couple of years,” Brazil said. “We just don’t know what that is right now.”

Lindsay said the town is in great financial shape but must be prepared for whatever lies ahead. “I’m comfortable dropping the millage rate a little, but let’s give ourselves some cash to deal with inflationary spikes and protect our reserves,” she said.

A consensus emerged in favor of a compromise tax rate that would fund the signalization and crosswalk improvements while also providing some tax relief to property owners.

The budget includes $3.4 million to fund a 12 percent overall increase in employee salaries and wages, including the 9 percent cost-of-living adjustment and the 9.6 new employee positions.

The net 9.6-position increase in jobs includes four police officers, two parking enforcement officers, 2.25 construction site monitors, and new posts in the Information Technology, Planning and Zoning and Recreation departments. Most of the salaries will be covered by existing revenue streams in those departments, according to Blouin. The town’s total workforce would climb to the full-time equivalent of 362.59 positions.

The 9 percent cost-of-living adjustment will be in the form of a 2 percent raise, with the remaining 7 percent delivered as a lump-sum “non-pensionable” payment to employees. That will hold down pension costs, which are tied to employee salaries and wages.

Resident Mark Zeidman said the budget strikes a good balance between increased expenditures and providing tax relief for homesteaded property owners. But he questioned the necessity of asking taxpayers to fund capital improvement projects scheduled more than two years into the future when the town possesses ample reserves.

Zeidman said he was speaking as a town resident, and not in his capacity as chairman of the Palm Beach Civic Association’s Tax and Finance Committee.

Brazil said the “pay as you go” approach to capital improvements and coastal projects smooths those costs over a period of years to avoid dramatic cost spikes in annual budgets.

Final adoption of the budget and property tax rate is scheduled for two public hearings on Sept. 14 and Sept. 22, both starting at 5:01 p.m.