Our Town with William Kelly: Town says bridge work will cause traffic headaches 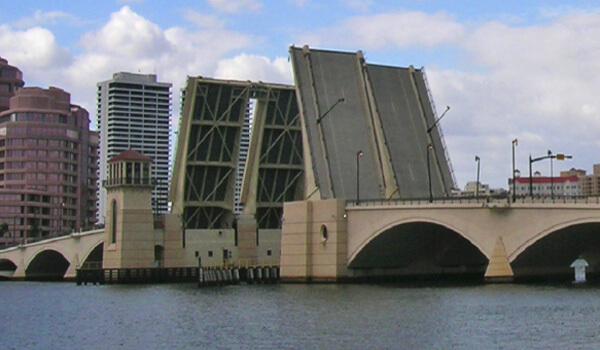 The town is objecting to a Florida Department of Transportation plan to paint the Royal Park (middle) Bridge beginning this fall, saying it will result in disruptive traffic snarls when seasonal residents return to the area.

The town staff has asked the DOT to reschedule the work for May 2023 to lessen the traffic impact. But the DOT told town officials that the project has already been awarded and that it has granted the contractor’s request to begin the work on Sept. 7.

The bridge painting will require the closure of one of the bridge’s two westbound lanes, which the contractor will use to store equipment, Assistant Town Manager Carolyn Stone said Friday.

The contractor has until July 2023 to complete the work but will do its best to finish the project by the end of this year if the weather permits that, Khosrow Gandjei, construction project oversite manager for the DOT’s West Palm Beach operations, told the town.

The project was originally scheduled to begin in May of this year but was delayed because the contractor was unable to acquire the materials in time, Gandjei wrote in an email to Town Engineer Patricia Strayer.

The issue has been placed on the agenda for Tuesday’s Town Council meeting. The council will consider whether to approve a letter to be sent from Mayor Danielle Moore to Gerry O’Reilly, the DOT’s District Four secretary, asking the agency to reconsider and grant the delay.

“Unfortunately, starting this project in September creates an untenable circumstance from November through the holiday season and beyond,” Moore wrote. “The town’s population increases significantly from November [to] April, which greatly impacts the amount of traffic across the Royal Park Bridge. Since this project requires one westbound lane of traffic to be closed, having a significant portion of the project occur during high season will cause gridlock entering and exiting the town of Palm Beach.”

Blouin, in an email to Stone and Public Works Director Paul Brazil, wrote, “At a minimum, we need to inform the public on the obvious disruption to traffic if FDOT will not or can’t change the start date.”

Neither Gandjei nor Billy Canedo, the DOT’s District Four communications manager, could be immediately reached for comment on Friday.

The $2.3 million painting project consists of replacing the steel coating on the bridge and cleaning and painting the concrete portions of the bridge, according to a DOT website. The website states says the contractor is Seminole Equipment.

The Royal Park Bridge links Palm Beach with West Palm Beach via Okeechobee Boulevard/State Road 704. The current bascule span was completed in 2005, replacing an earlier version built in 1929 and reconstructed in 1959.