Friends of Palm Beach Cleans Up 245 Lbs. from Beach in One Day 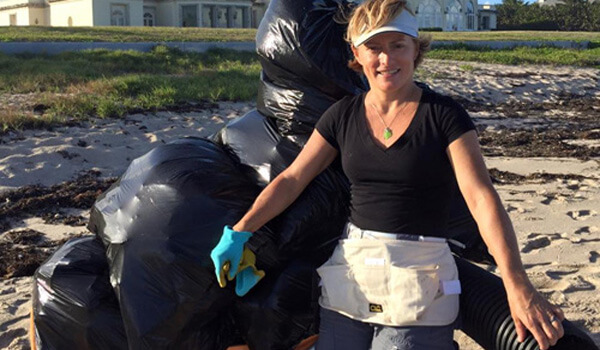 This week the beach cleaning crew from Friends of Palm Beach hauled 245 pounds of garbage off our beaches – in one day. Over 500 pounds in a week.

Diane Buhler, founder of the group, said, “Thanks to the help of 19 teammates from the Breakers Gives team!!! The needles keep washing ashore along with so much plastic.” Plastic is so deadly to our oceans and waterways that even the Queen of England is banning it from Royal Estates. The Queen has banned plastic straws and bottles from the royal estates as part of a move to cut back on the use of plastics “at all levels”.

Buckingham Palace outlined new waste plans and said there was a “strong desire to tackle the issue” in the royal household, in a move thought to be inspired by David Attenborough.

“Across the organisation, the royal household is committed to reducing its environmental impact,” said a spokesman for Buckingham Palace.

To learn more about the Friends of Palm Beach, see their website: