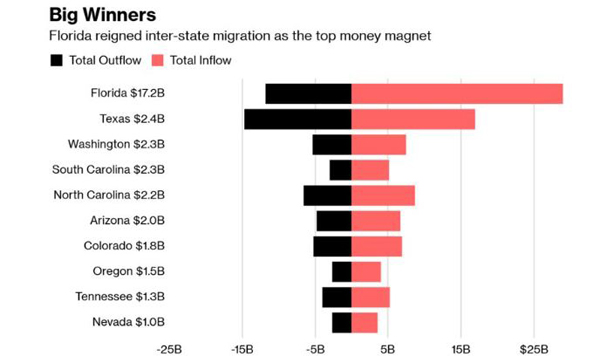 Roughly 5 million Americans move from one state to another annually and some states are clearly making out better than others.

Florida and South Carolina enjoyed the top economic gains, while Connecticut, New York and New Jersey faced some of the biggest financial drains, according to a Bloomberg analysis of state-to-state moves.

Florida posted a net income influx of nearly 3% of the state’s adjusted gross income in 2016. South Carolina, Idaho and Oregon were also among the largest gainers in the interstate shuffle.

“Florida’s powerhouse economy continues to churn out new jobs, retiree migration to Florida is on the rise, and millennials are coming into their prime home-buying years,” Brad O’Connor, chief economist for Florida Realtor, said in a report before the trade association’s annual summit.

New York’s annual net loss was the highest, with a net $8.4 billion leaving the state. Exiting incomes of $19.1 billion were replaced by people who brought in $10.7 billion less in income. Illinois and New Jersey were next with net outflows of $4.8 billion and $3.4 billion, respectively.

Florida was the top financial magnet, reeling in $17.2 billion more than it lost, about seven times the amounts netted by each of the runner-ups Texas, Washington and South Carolina. The Sunshine State was the No. 1 recipient of the wealth exodus from 18 individual states — with New York, Illinois and New Jersey combining to contribute about $8 billion to Florida’s income base.

While long a haven for retirement, Florida’s effort to lure Wall Street executives has gained traction thanks to a provision in the federal tax law passed by the Trump administration that hits residents of high-tax states by putting a lower cap on state and local tax deductions. 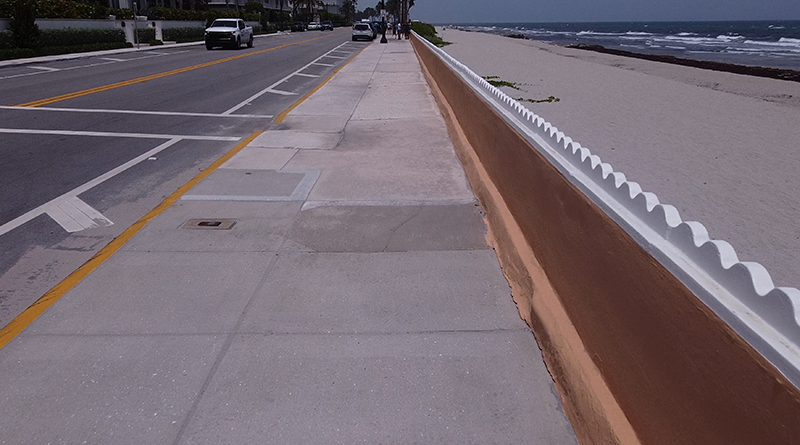 Our Town with William Kelly: Town Council gets a peek at Midtown seawall replacement plan

Plans for a higher and structurally stronger Midtown Beach seawall have earned a conceptual thumbs up... 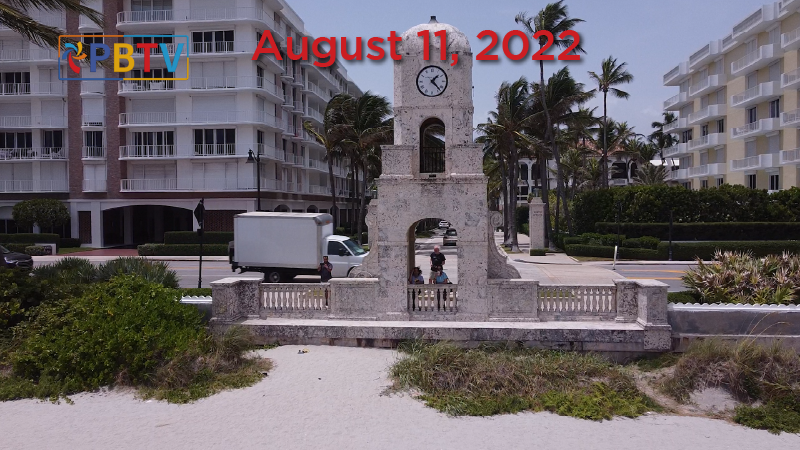 In this edition of Palm Beach TV Wendy Rutledge gives an update on the August Town...