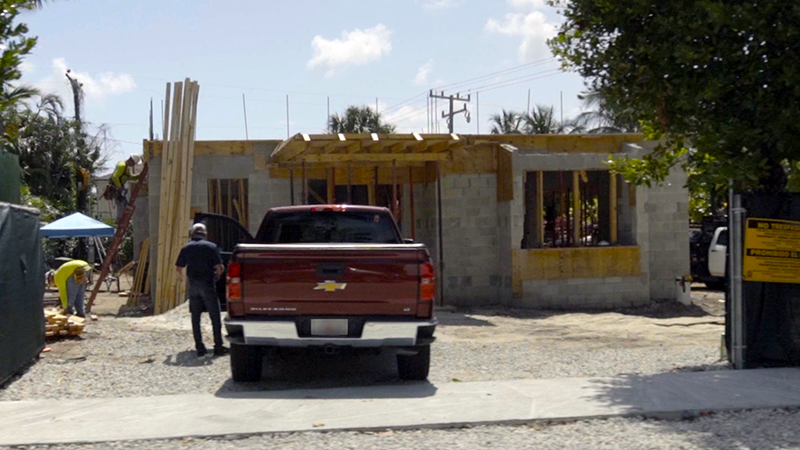 The town is considering offering property owners more ground-floor living space in exchange for building one-story houses that town officials believe would be more in scale with traditional neighborhoods.

Staff members presented the Planning and Zoning Commission Tuesday with a slate of ideas, most of which are still being considered. They include allowing more lot coverage and height for single-story houses and dropping the requirement for a two-car garage – all of which would allow more living space for a one-story dwelling.

Another staff idea – allowing one-story houses to be built without approval from the Architectural Commission, or ARCOM, proved to be dead on arrival before the zoning board.

“I don’t think that ARCOM review can be negated,” Chairwoman Gail Coniglio said. “Some type of ARCOM review should be required, based on [legal] notice [of the development plan] to the neighbors.”

Officials have been looking for ways to ease development pressures, especially in the North End, where many residents and elected officials say property owners are building houses that are often too large for their lots and intrusive to neighbors, reducing privacy and altering streetscapes.

Another possible incentive presented by staff would be allowing one-story houses to be developed under a floor area ratio, or FAR, formula for measuring the maximum square footage of the house as it relates to the lot size.

The town currently uses a sliding-scale cubic content ratio, or CCR, that Zoning Director Wayne Bergman said is difficult to understand and impossible to verify. The CCR is complicated and includes the height and volume of the house or building, while the FAR simply divides the floor area by the lot area, he said.

The Town Council adopted the FAR in 1991 but replaced it in 1999 with the CCR amid concerns that the FAR failed to prevent the construction of houses that were too large for their lots, Bergman said. At that time, the FAR allowed maximum lot coverage of 45 percent.

But the CCR has also failed to reign in the problem. Bergman suggested the FAR could be brought back with a lower percentage for maximum lot coverage, say 35 percent.

Owners applying for town development approval under the one-story incentives would not be permitted to seek zoning variances on yard setbacks, building heights, lot coverage or other characteristics, officials said.

If the garage requirement were eliminated, the property owners would still be required to accommodate two vehicles on their lots, staff said.

Commissioner Jorge Sanchez said many owners today have a garage only because the town required it but use the garage for living space or storage.

Elimination of the garage requirement could mean the owners’ vehicles are visible to neighbors or passersby on the street (unless they were parked in the rear or screened by a hedge).

Commissioner Nicki McDonald said that is already a common sight. “The great majority are using their garages [for other purposes] so the cars are sitting out front,” she said. “That doesn’t seem to be so bad … it seems to look okay with the landscaping that’s there.”

As presented by the council, the one-story building incentives would increase allowable lot coverage to 55-60 percent, instead of the current 40 percent; allow building height of up to 17 feet instead of 14 feet; and side yard setbacks of 7.5-10 feet instead of 12.5 feet. The minimum open lot space would be 25 percent instead of 45 percent.

Staff introduced those regulations as a starting point, Bergman said, but they could be modified by the zoning commission or the Town Council, which has the final say.

Coniglio said it’s essential to engage with the community and hear residents’ opinions. Otherwise, the commission and council could be headed down a long road toward a dead end. Such has been the fate of other zoning initiatives in the past.

“We are slow and steady on these issues, but if we do not take these concepts to the community … the entire program will get slashed and burned,” Coniglio said.

Bergman agreed. “That’s a given,” he said, adding that the staff will need a consultant’s help with community education and outreach.