Our Town with William Kelly: Town beaches are in good shape, outgoing board chairman says 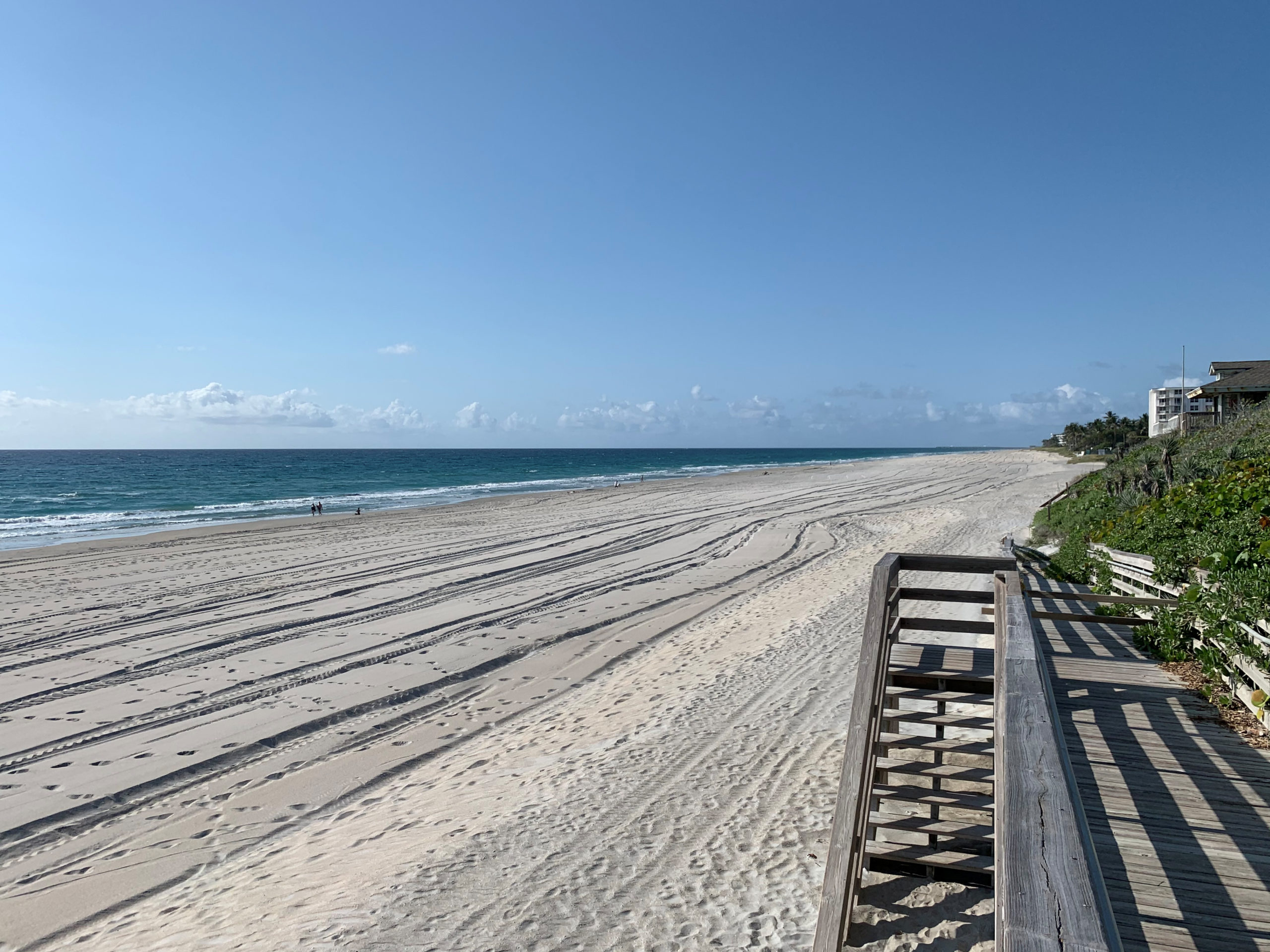 Reaches 7 and 8 in the South End were further stabilized with beach nourishment and dune restoration work performed in early 2021, Baker said at a Town Council meeting Tuesday.

The Phipps Ocean Park/Reach 7 sand nourishment was completed in April. It included the placement of 495,000 cubic yards of sand along 1.25 miles of shore between Phipps Ocean Park and the Ambassador Hotel, according to the Shore Protection Board’s annual written report for 2021.

More than 62,000 cubic yards of sand were hauled by truck to dune areas in Reaches 7 and 8 and in Reach 9 in South Palm Beach. The dune restoration was completed in May and covered 1.65 miles.

The Federal Emergency Management Agency reimbursed Palm Beach for 75 percent of its $10.3 million project cost because of sand losses caused by hurricanes Matthew and Irma in 2016 and 2017. The Town of South Palm Beach paid 100 percent of the cost of its dune restoration, according to the report.

Because of this year’s mild hurricane season, all sand from the completed projects remained in place, according to the report.

Baker said the town has benefited financially by sharing the cost of shore protection projects with the state and federal governments during the last decade.

The town’s sand transfer plant, at the southern tip of Singer Island, moved more than 130,000 cubic yards of sand onto the northern tip of the town’s shore in 2021. The plant captures and transfers sand that would otherwise be blocked by the inlet jetties.

“The sand transfer plant gives us free sand and the best sand you can possibly imagine comes in through that inlet,” Baker said. “I do think we should expand that plant, but that’s for the future.”

Shoreline environmental monitoring – including physical and biological conditions as well as shorebird and sea turtle nesting – continued during 2021, as required by the Beach Management Agreement.

The monitoring is important, Baker said. Toxins, bacteria, garbage and other pollution continues to be a health concern, he said.

“There are a lot of pollutants we don’t know about coming in and there is a lack of water monitoring,” he said.

Aging and deteriorated groins on the town’s beaches are another public safety concern, he said.

“Most of them are ineffective and, in my opinion, dangerous,” Baker said. “But we never decided to move those out because of cost and liability reasons.”

Public access to the beaches remains a thorny issue. “The beaches are for everybody,” Baker said. “In my opinion, public access needs to be available. It’s a constitutional right of a Florida resident to be able to get to the beach.”

According to the board’s annual report, other important developments this year included the acceptance of a coastal vulnerability and resiliency plan focusing on both the Atlantic and Lake Worth Lagoon shorelines.

In another development, a design is nearly complete for the replacement of the Midtown seawall from north of Royal Palm Way to south of Gulfstream Road. The town has applied for a state environmental permit.

The town also is expecting to receive more sand from the federal government early next year. The U.S. Army Corps of Engineers, which is responsible for navigational clearance at the Palm Beach Inlet, is expected to dredge and place 400,000 cubic yards of inlet sand onto the town’s north shore beginning in January, according to the report.

The shore board meets periodically and is made up of seven members appointed by the council to three-year terms.

Baker is one of three board members whose terms expire this month and who are not eligible to serve another consecutive term. The other two are Vice Chairman Reuben Johnson III and James C. Gavigan.
Board member Warren Belmar’s term also expires this month, but he is eligible for re-appointment.

Baker served on the board from December 2009 until this month. He succeeded Llwyd Ecclestone as chairman in January.

“Kane’s service to that board has been invaluable, with his environmental bent and his lifelong passion for the ocean and for Palm Beach,” Moore said.

The shore board was formed in 2008, during a period when the town faced environmental permitting challenges and was at odds with state and federal permitting agencies over its coastal protection plans, Public Works Director Paul Brazil said.

The town took a different approach, becoming collaborative with those agencies and focusing on projects that stood a reasonable chance of being permitted, Brazil said. The town’s coastal protection program has benefited greatly from that approach.

Over the years, many coastal projects have been successfully completed, and shore board members and elected officials have posed questions about the board’s future direction and duties, Council President Margaret Zeidman said. The board meets less frequently and the council reduced the number of members from ten to seven about a year ago.

Council members agreed Tuesday that the board should continue to function but said its duties should be modified. The council will eliminate budgeting, lobbying and intergovernmental coordination from the board’s mission, Zeidman said. But the board will continue to focus on long-term planning, public education, communication and consensus building.

The council will appoint new members to fill the four vacancies in February.