Ambassador Bonnie McElveen-Hunter and Ambassador Stuart Bernstein, both of whom served the United States as ambassadors to Finland and Denmark respectively, spoke to over 80 members of the Palm Beach Civic Association Wednesday.

The program was the second in a new Civic Association Ambassador Luncheon Series at Café L’Europe and was sponsored by Palm Beach Island Hospice Foundation.A Civic Association Director, Ms. McElveen-Hunter served as U.S. Ambassador to the Republic of Finland from 2001-2003.

Mr. Bernstein served as U.S. Ambassador to the Kingdom of Denmark from 2001 to January 2005. Both were appointed by President George W. Bush.

A fourth generation Washingtonian, Mr. Bernstein has been a recognized leader in the Washington real estate and business community for more than 50 years. He has served on the Washington Board of Trade, the Greater Washington Regional Board of Crestar Bank and on the Board of Directors of NS&T Bank. Mr. Bernstein chaired one of the largest fundraising groups of the Republican Party, before being appointed ambassador.

On 9/11, Mr. Bernstein was on a plane enroute to Washington, when the pilot informed him that the U.S. was under attack. Mr. Bernstein returned to his embassy in Denmark, where there were thousands of people.“We had bodyguards after that,” he said. “It changed the job.

”There are about 180 U.S. ambassadors. Thirty percent are political ambassadors chosen by the president and 70 percent are diplomats who come up through the ranks,” he said.

In addition to the social aspect, there were security risks, he said.“Ambassadors are targets,” he said. “We always had to drive different ways to the office and we had bodyguards with us all the time.”

Mr. Bernstein said he was most proud that during World War II, when Denmark was occupied by the Germans, the people of Denmark helped rescue about 6,000 Jews. “They are amazing people,” he said. “What I can’t talk about is what they’ve done for us as far as espionage and getting information for us.”

Ms. McElveen-Hunter is the founder and CEO of Pace, the largest independently owned custom content agency in the nation. She was appointed as the first female national chairman of the board of the American Red Cross in 2004 and is serving her fourth term. As ambassador, she initiated the Stop Child Trafficking: End Modern-Day Slavery and Children of Karelia program. She was awarded one of Finland’s highest honors – The Commander Grand Cross of the Order of the Lion.

“What you’re doing as a U.S. ambassador is putting a face on America,” Ms. McElveen-Hunter said.  When you serve your country as ambassador, your entire family serves, she said.

“I used to say there were three ambassadors to Finland: my mother, my husband and myself,” she said.

In one instance, Music Director Esa-Pekka Salonen and the Los Angeles Philharmonic visited the embassy, and everyone was seated outside in the garden waiting for the ambassador to speak.

“I only came out a few seconds late to find my mother making my speech,” she said.

Ms. McElveen-Hunter said she had never been involved in politics and had no interest in politics, until the 2000 presidential election.

She got involved in raising money for Elizabeth Dole’s presidential campaign after reading in the paper that Ms. Dole had raised the least amount of money out of all four candidates.

“The reason they asked me to join their team is because we had raised the most money from women major donors for Elizabeth Dole that had ever been raised from women previously,” she said.

Ms. McElveen-Hunter founded the Women Business Leaders Summit, a model for business entrepreneurship, with the first one taking place in Helsinki when she was ambassador.

“The truth is that a woman will tell more to a stranger on a Greyhound Bus than a man will share with his best friend in a lifetime,” she said. 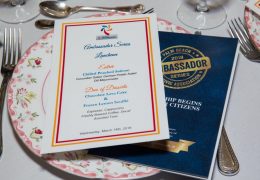 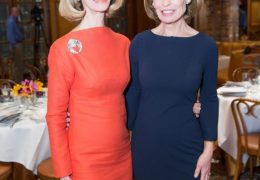 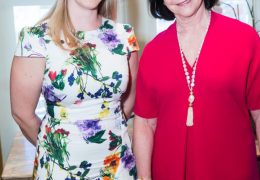 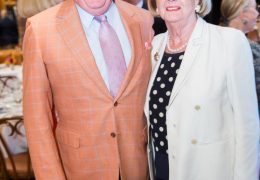 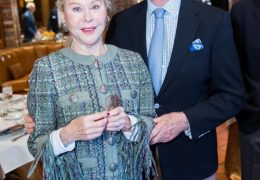 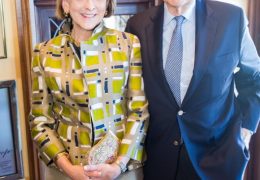 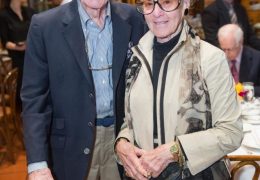 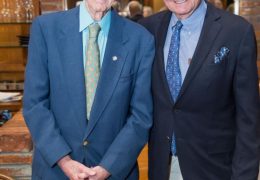 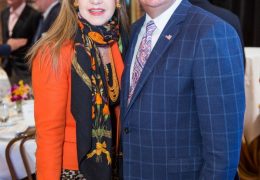 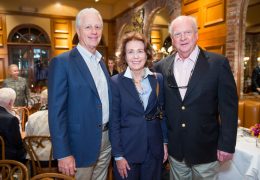 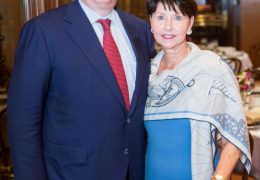 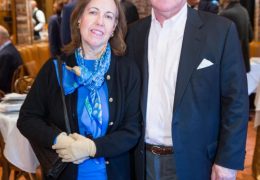 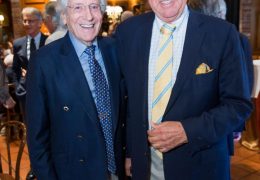 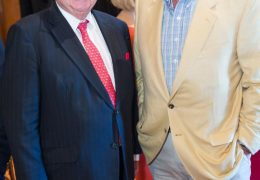 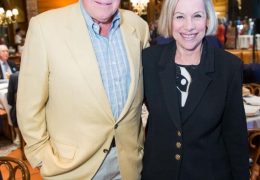 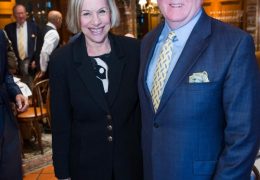 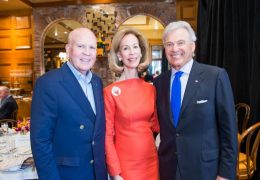 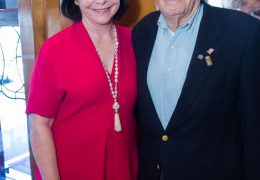 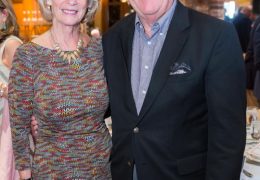 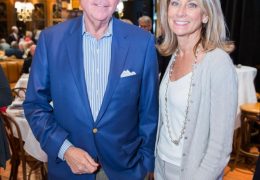 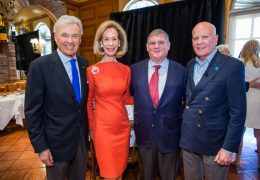 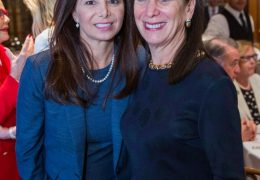 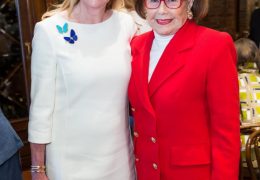 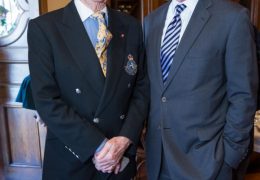