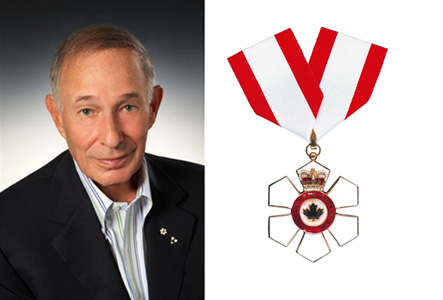 The Palm Beach Civic Association congratulates Civic Association Executive Committee Member George A. Cohon, who has been awarded one of Canada’s highest honors. The Order of Canada recognizes those who have made extraordinary contributions to the nation. George was first inducted as a Member of the Order of Canada in 1988. The level of Companion of the Order is the highest within the Order and recognizes national preeminence or international service and achievement. George has been recognized with this honor for his philanthropic commitment to children’s health and well-being in Canada and abroad, based in part on his work in establishing Ronald McDonald House Charities in both Canada and Russia. With this promotion, George is one of just five Companions of the Order, in the company of former Prime Ministers and Nobel Laureates. Said Mr. Cohon, “I am honored and extremely humbled” by the award.