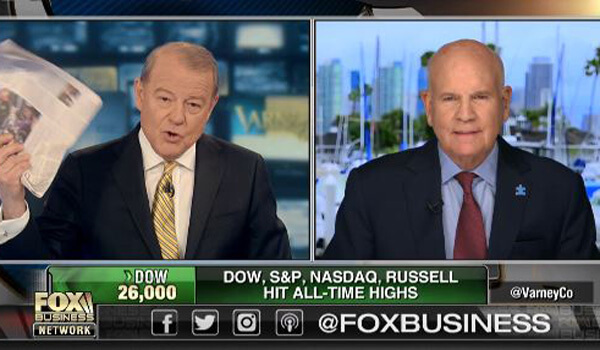 On the 26,000 DOW stockmarket record: “We haven’t gone anywhere near where we are going to go. This tax program is so strong, its impact is going to be found over the next 8, or 10, or 15 months. I’m predicting 2018 will probably be the most outstanding year probably since 1996 or 7 in terms of productivity, getting close to 4 percent in GDP, and then the following years are going to have a tremendous opportunity. In a 10 year cycle you’re going to create 10 million jobs.”

On Code Purple, the foundation he founded to attack pancreatic cancer, Mr. Wright said, “We are fighting a huge bureaucracy.” But he’s at the White House advocating for the launch of HARPA (Health Advanced Research Projects Agency) to execute transformational medical research projects to invent new cures and technologies in the healthcare arena.