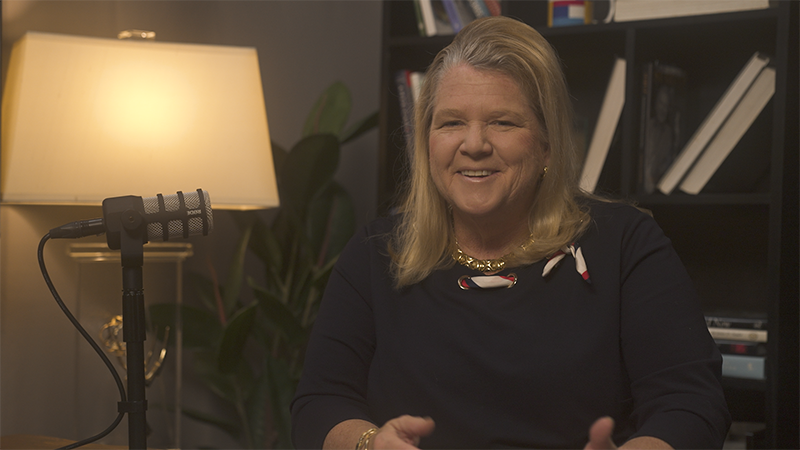 Mayor Danielle Moore announced Thursday that she will seek a second term as mayor next year.

Moore cited her role as chairwoman of the town’s Strategic Planning Board as a primary accomplishment of her first term and as a motivation for seeking another two years in the office after her current term expires in April.

The nine-member strategic board is charged with developing a new, long-term plan that will state the community’s values, priorities and goals for many aspects of government and town life.

The document is due to be submitted to the Town Council for its approval next year. It will be the town’s first strategic plan since 2003, when an earlier one was developed under the watch of Moore’s mother, then-Mayor Lesly Smith.

In announcing her bid for another term, Moore also pointed to town improvements including the fully renovated Town Marina, which opened in November 2021 after a $38 million reconstruction.

Moore said she takes seriously her mayoral role as an ambassador and advocate for the town.

Earlier this year, the City of Riviera Beach backed away from a plan to establish a mooring field near Palm Beach’s North End shoreline after Moore and the Town Council strongly objected to the idea.

More recently, a Port of Palm Beach official said the port was hitting the pause button on its plans for a major expansion after Moore vowed to fight that initiative.

The expansion, part of a 20-year master plan, would involve deepening the Palm Beach Inlet to allow for growth in cargo and cruise ship operations. The inlet borders the northern tip of Palm Beach island. Moore said the expansion could adversely impact North End residents and could be environmentally detrimental.

“Part of my job as mayor is to support the causes and projects that make us healthier and happier,” Moore said. “But it’s also my job to say a resounding ‘no’ to threats to the safety and beauty of our beloved little town.”

Moore became mayor in April 2021 after being nominated for the office without opposition at the Town Caucus. She succeeded Gail Coniglio, who stepped down after 10 years at the post.

Before becoming mayor, Moore served six years on the council. She joined the council after unseating William Diamond in the 2015 town election. Moore was reelected without opposition in 2017 and 2019.

Moore is also a former chairwoman of the town’s Recreation Advisory Commission and a former member of the Planning and Zoning Commission.

A lifelong town resident and longtime philanthropist, Moore lives in Midtown with her two daughters and is president of the Mary Alice Fortin Foundation and the Barker Welfare Foundation.

In addition to Moore’s, the two-year terms of council members Julie Araskog and Ted Cooney also expire next spring. Neither has announced a reelection bid. No challengers have surfaced.

The town’s election season formally begins with the annual Town Caucus, a New England-style town meeting where candidates are nominated for mayor or a specific council seat.

This year’s caucus will be on Dec. 6, beginning at 5 p.m. in the council chambers at Town Hall.

If any seats are contested, a town election is scheduled for March 14.