Our Town with William Kelly: State projects are a mixed bag for Palm Beach 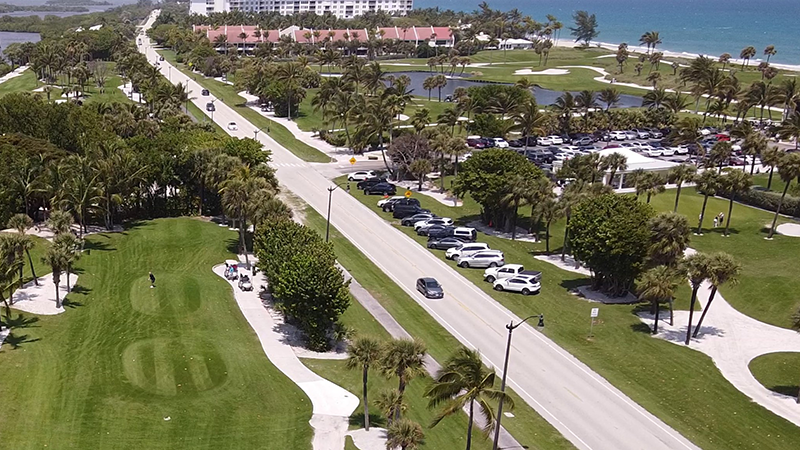 Town officials are applauding the state’s decision to install new sidewalks in one of the town’s most visible commercial areas. But they are less welcoming of state transportation plans for other parts of town.

The Florida Department of Transportation says it will install the new sidewalks along South County Road between Brazilian Avenue and Royal Palm Way, Town Engineer Patricia Strayer told the Town Council on Aug. 9. Construction is scheduled to start in March 2024.

South County Road is part of State Road A1A, which is managed by the DOT.

The project also will include installation of new traffic signal mast arms and the replacement of the existing sodium streetlights (just the lights, not the poles) with more energy-efficient LED lighting. But the town has told the DOT it is concerned that the LED lights may be brighter than residents would like, Strayer said.

“I do think they are going to be recommending something very bright, but we have the ability to ask for a waiver,” she said.

Turning to another state transportation project, scheduled for the South End, Strayer said the DOT has told the town it still intends to repave and widen a two-mile stretch of State Road A1A, and designate bicycle lanes, despite the town’s objection to the bike lanes.

The $3.5 million proposal calls for widening the segment of State Road A1A between Lake Avenue and Ibis Way. The two traffic lanes would remain at 11 feet each, but the paved shoulders would be widened to five feet instead of the current three feet, the DOT has said.

The town has informed the DOT it is strongly opposed to the bicycle lanes because of concerns about safety and traffic flow. The scenic area already attracts large numbers of bicyclists on weekends.

The council asked Mayor Danielle Moore to contact DOT District Four Secretary Gerry O’Reilly and ask him to intervene and prevent the bicycle lanes from being designated.

“It’s wonderful that they are making that determination down in Fort Lauderdale and we are going to have to live with it,” Crampton said.

Council President Margaret Zeidman said, “It’s a major affront that others think they can make all these decisions.”

The DOT also originally proposed to widen and resurface the asphalt pedestrian/bicycling path on the west side of A1A to 10 feet as part of the project. The path is currently four to six feet wide, according to the town.

But Strayer said the DOT no longer intends to widen the path after the town objected that widening it to 10 feet would bring it too close to motorists on A1A for pedestrian safety and take up too much green space from the median between the path and A1A.

Construction is expected to begin in 2025.

Turning to another state transportation project impacting the town, Strayer said the DOT still intends to begin painting the Royal Park (middle) Bridge next month despite the town’s request that the project be delayed until next year.

The DOT said it has already hired a contractor and the work is scheduled to begin Sept. 7, with completion sometime between January and July 2023, according to the DOT.

The project will require the closure of one of the bridge’s two westbound traffic lanes for equipment storage. The town has said that the loss of the traffic lane during the busy winter season, when seasonal residents have returned to town and the hotels are full of visitors, will result in severe traffic snarls. It has asked the DOT to delay the beginning of the work until May, but so far without success.

In another development, Strayer said the DOT has declined to replace the sidewalk along South County Road/State Road A1A between Royal Palm Way and Royal Poinciana Way in tandem with the town’s burial of overhead utilities in that area.

The town isn’t giving up. “We continue to work on that,” Strayer said.