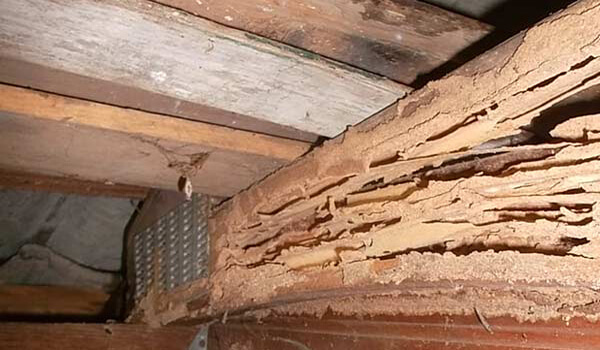 Termites have been around since the days of the dinosaur and are certainly not uncommon in sub-tropical South Florida. Among this army of so-called “silent destroyers” is a new invasive species, the Asian subterranean termite.

“We are at risk of losing our houses. If you let it go, it can literally take a house down,” said Dr. Thomas Chouvenc, an entomologist with the University of Florida’s Research and Education Center in Davie.

Scientists say 50 percent of native pine in Fort Lauderdale alone are currently infested with the termites, which has the potential to permanently alter South Florida’s tree canopy.

The two most invasive termite species in the world are shacking up, producing a potentially powerful new termite hybrid in South Florida, a new study finds. The “super” pest can reproduce more quickly than either parent species and might have a larger range, opening it to new habitats, the researchers said.

Together, the Asian (Coptotermes gestroi) and Formosan (Coptotermes formosanus) subterranean termite species cause an estimated $40 billion worth of damage worldwide, the researchers said. The Asian termite is from tropical Southeast Asia, while the Formosan hails from the more temperate China and Taiwan. Both types of termite have evolved separately for hundreds of thousands of years, but now human movement and trade have brought the invasive species together in Taiwan, Hawaii and South Florida. Researchers in South Florida have observed the two mating, raising concerns the hybrid offspring might have a temperature tolerance that stretches from North Carolina to Brazil, said the study’s lead researcher, Thomas Chouvenc, an assistant research scientist of entomology at the University of Florida.

“That is the worst-case scenario,” said Mr. Chouvenc, who has observed the hybrids growing in the lab.

In South Florida, the Asian termite typically mates in February, and the Formosan usually mates in April. But in March 2013, Mr. Chouvenc said he was “extremely surprised” when he found the two species mating at the same time.

“Within basically five to six years, it’s well over a million termites in a colony,” Mr. Chouvenc said.