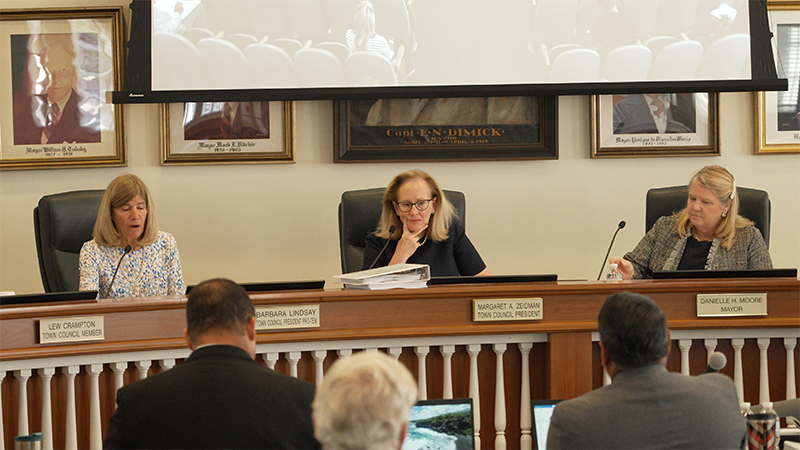 The Town Council has chosen Margaret Zeidman as its president for the third consecutive year.

The newly seated council on Tuesday selected Councilwoman Bobbie Lindsay as its president pro tempore, also for the third year.

Both votes were unanimous.

Zeidman thanked her colleagues on the dais for the honor. “I appreciate the confidence you have in me, but it’s never just one person,” she said. “We work as a team.”

The council president presides over meetings, sets the agendas, and appoints members to the council committees.

The March 8 municipal election was cancelled after the three incumbents were nominated without opposition for their respective council seats at the Dec. 7 Town Caucus.

This is the fourth term on the council for Zeidman and Lindsay. It’s Crampton’s third term.

A Midtown resident and retired health care administrator, Zeidman joined the council in 2016 after being elected without opposition. She faced no opponents in her reelection bids in 2018 and 2020.

A North End resident, Lindsay is retired from a career in real estate development and investment. She is a former member of the Planning and Zoning Commission and Shore Protection Board.

A South End resident, Crampton was chairman of the Citizens’ Association of Palm Beach and vice chairman of the zoning commission before joining the council. He is also chairman of the board of trustees and former president and CEO of the Cox Science Center and Aquarium.

Crampton joined the council in 2018 after defeating Harris S. Fried in that year’s town election. He was re-elected without opposition in 2020.